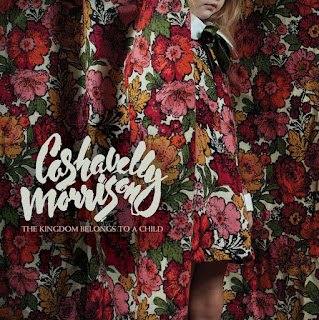 Cashavelly Morrison grew up in a coal-mining town in West Virginia. She began her life in performance at the age of 3 as a ballet dancer, which continued for the next two decades until she broke her spine. Yet it was not until moving to North Carolina that she was introduced to the rich musical traditions of West Virginia and the surrounding region. With distance came perspective as she began to relish the rich history of Appalachia and the haunting stories of her childhood.

The debut album The Kingdom Belongs to a Child represents a confessional gateway into loss, having suffered a miscarriage in 2010 and her father last year, as well as her deeply held values, notably equal rights and empowerment for women. Morrison recognizes this, noting that “this music is about giving a voice to those who are not heard.” Her unguarded Americana flows in the same Southern Gothic vein as the work of Gillian Welch, Lucinda Williams, and Neko Case with significance placed on the lyrics supported by a crafted musical fabric. 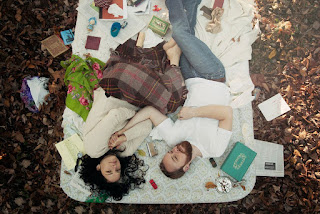 Morrison’s relationship with making music is intuitive with no formal training besides what she learned through internalizing the classical music to which she once danced. Her fondness for journal writing began at age 13 and led to her English and Creative Writing majors at Salem College and later at Hollins University. “I wanted to be a novelist and worked on my novel for over a decade” Morrison reflects. “It’s had about 5 versions and now I think it was meant to be just one song”.

Morrison met her husband Ryan while he was earning his bachelor’s degree in classical guitar performance at UNC-School of the Arts. Her musical spark was ignited as they bonded over their love of authentic folk songs, singing and playing the songs of Hank Williams and Gillian Welch until the wee hours of the morning. Ryan initially served as a support system, both emotionally and musically, but as they continued to craft the songs he too fell in love with the music they were creating. His enthusiasm encouraged Morrison to pursue performing. On the couple’s 6th wedding anniversary, they discussed having another baby. This conversation led to Morrison’s epiphany that more than anything she needed to record the music they had been cultivating. 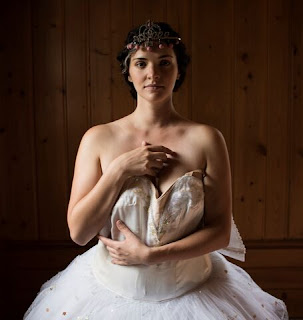 Within a week, Cashavelly and Ryan booked a session at the renowned Echo Mountain Studio in Asheville, NC, a studio repurposed from an old church. Recording with vintage equipment, the two delicately laid down their vocals and guitars, thinking this passion project would be exclusively for themselves. However, with the encouragement of their sound engineer, the experience quickly showed them that the songs deserved more instrumentation. After two more sessions, and the privilege of working with some of the most talented musicians in the area, they recognized the need and desire to share the music.

The resulting album encompasses the grief Morrison has endured while igniting compassion for the suffering of others experiencing social injustices. She presents her feelings in a tangibly emotional and intoxicating fashion, not only over her personal losses, but for those who have lost their children to police brutality and the 29 miners killed in her hometown in a methane explosion in 2010. As Morrison sees it, “exploring your grief can lead to empowerment with the ultimate empowerment being the freedom to speak these things through music”.