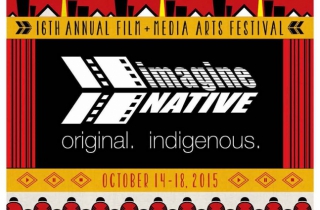 imagineNATIVE's Opening Night Gala on Wednesday, October 14 at the Bloor Hot Docs Cinema will be Sterlin Harjo's Mekko, starring Rod Rondeaux and Sarah Podemski. Mekko is a thriller following a man who must navigate a welcoming, yet dangerous, community of Native Americans living on the streets, after release from his 20-year prison sentence. Prior to Mekko, imagineNATIVE will present the Festival Premiere of Jeff Barnaby's experimental short film Etlinisigu'niet (Bleed Down). 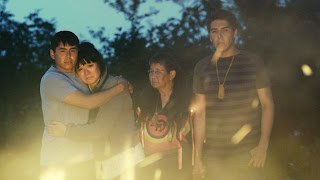 The Closing Night Gala will be Fire Song by Cree/Métis filmmaker Adam Garnet Jones, on Sunday, October 18 at TIFF Bell Lightbox. Fire Song is a powerful, dramatic feature film, starring Andrew Martin and Jennifer Podemski, about a young gay man who dreams of leaving his reserve for the city. When the world as he knows it falls apart, the future he's been dreaming of seems impossible to reach.

The 2015 International Spotlight will focus on Sámi films and filmmakers of the Sápmi nation, the Indigenous people of Norway, Sweden, Finland and northwestern Russia. Proud reindeer herders, the Sámi have a rich tradition as artists and filmmakers, which has seen a boom in the last five years. As part of the Spotlight on Sápmi, imagineNATIVE will present two shorts programs, Nils Gaup's Academy-Award nominated Pathfinder, and indigiTALKS: Our Stories Must Be Heard, a video-essay series introducing the world of Sámi cinema from stereotypical depictions in mainstream film, to the International Sámi Film Institute which funds contemporary Sámi features and TV series.

imagineNATIVE is happy to announce the inaugural Artist Spotlight, which will celebrate the work of Cherokee filmmaker Heather Rae. This annual Artist Spotlight will acknowledge Indigenous creative leaders whose work has broken new ground and created lasting contributions to the Indigenous media arts. Heather Rae will be in attendance as imagineNATIVE screens three of her films, Trudell, Wild Walkers, and the two-time Academy Award-nominated Frozen River, that will be followed by a tribute to the late actress Misty Upham, co-star of Frozen River. 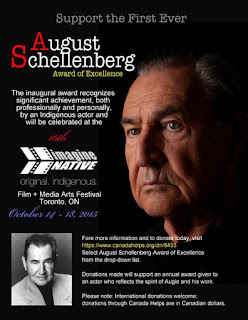 The imagineNATIVE Film + Media Arts Festival is the world’s largest Indigenous festival showcasing innovation in film, video, audio and digital media. The Festival presents the most compelling and distinctive works from Canada and around the globe, reflecting the diversity of the world’s Indigenous nations and illustrating the vitality and excellence of Native art and culture in contemporary media.

imagineNATIVE is proud to introduce the Support an Artist Program, which aims to bring as many Indigenous artists as possible to this year’s Festival by subsidizing travel costs. Attending imagineNATIVE can dramatically enhance the professional and artistic development of artists at all levels of their career. Donations can be made here: www.canadahelps.org/dn/8433