• Preorder/Buy the CD from Amazon

Gideon King & City Blog is a musical collective rife with talent, including well known artists like vocalist Marc Broussard. If you like your jazz rock fusion on the virtuosic side but with an easy edge, you'll love this release. 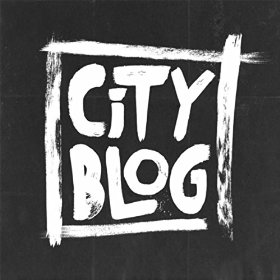 New York City based composer, guitar player, and producer Gideon King draws from a number of styles including jazz, funk, pop and rock on his latest release. City Blog comes from a vow to create the best studio band on earth, with Gideon on lead electric, acoustic, and synth guitars on
all the songs, supported by a stellar cast of artists.

He's assembled the accomplished musicians you need to take you on this kind of trip. There are not one but two bass players; among them, James Genus, who plays with Herbie Hancock and Daft Punk - and also the SNL house band on TV. Matt Penman plays upright on the song Glide. Vocalist Carolyn Leonhart is a regular contributor to Steely Dan recordings.

The title track epitomizes the feel of the whole CD - jazzy, urbane, it grooves to fluid art guitar solos and syncopated rhythms in a lush mix. Elliott Skinner's wistful vocals cover the usual territory of love and relationships in laidback style. Seeing in Double, in contrast, is slow and sexy, lit up by a nice horn solo.

Lyrically, the songs are sophisticated, sometimes ironic. You'll hear flashes of old school RnB, jazz, shades of Latin rhythms and even country simplicity here and there. Down, with vocals by Marc Broussard, is a highlight, featuring a silvery piano solo that showcases the release's lovely production. There's a classic RnB fluidity to the melody and vocal style, and a bittersweet lament in the words... 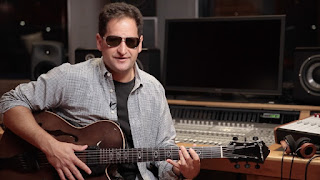 On New York Is, the lyrics spell out what so many of us feel about the city. It's a love song with a punch line:

New York is perfect... now and then

Likewise, Friendship Cliché has an Afrojazz feel that wraps itself around the sentiment,

What Say You? stands out as an anomaly - a straight up ballad with a classic kind of mournful swing to it, sung by Grace Weber. She also takes up the vocals on Glide, a track with a country groove that meshes with jazzy harmonies.

Sophisticated and very contemporary, City Blog has enough musical variety, clever lyrics and great licks to make it a fixture on your playlist. 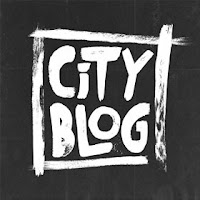