The Single Drops is the latest in a series of releases from the Italian duo of Luca Bash and Giova Pes. 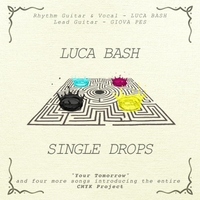 Luca Bash is a long time fixture of the Italian folk/pop scene and his latest incarnation came after a chance reunion with guitarist Giova Pes, a fellow member of the now defunct group Bash, not long ago. Once they got together again however, the music started to flow and they came up with a concept that saw four releases in 2014 - the CMYK project. The releases - Cyan, Magenta, Yellow and Key Black - were named after the pigments in a printer with the concept that from those four colours, all images are created.

The Single Drops continues the musical journey of the Rome-based duo. The Single Drops features a track from each of the CMYK EP's as well as a new song, Your Tomorrow and the series is garnering a fair amount of attention on the European side of the Atlantic.

Your Tomorrow, the new single, takes advantage of Luca's deep, rich vocal style with shimmering guitar lines as accompaniment. It covers typical territory for folk music lyrically - a combination of philosophy and street poetry, not overly flowery but expressive. The song builds in urgency, with a moody, wistful tone overall that suits the idiom.

Forever Asleep picks up the tempo with an eclectic rhythm lit up by his idiosyncratic - even theatrical - vocal delivery. Giova's lead guitar work is impressively fluid and adept, adding texture and depth to the usual singer songwriter fare. Bash is strongest when he lets that fluid, highly individual style come to the forefront both in his singing and lyric writing. 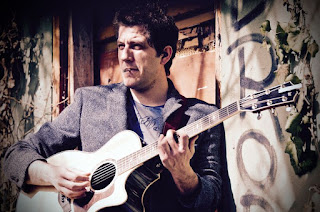 Dear John features a compelling melody that gradually ramps up the energy. Little Tale and Black Swan's Walk both have more of the feel of traditional folk music in terms of song structure and anthemic refrains. Overall, The Single Drops avoids the kind of self indulgent monotony that can overtake many a singer songwriter with the addition of lead guitar that verges on jazzy virtuosity along with a nice sense for rhythmic variation.

A nice sense of invention elevates this release well above the crowded singer songwriter pool. 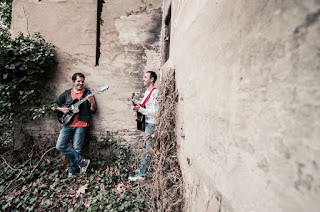