NEW YORK CITY - The High Hopes Band, New England’s premiere modern roots reggae band, is pleased to announce their 2015 East Coast “Forever Love” Tour in support of their Forever Love album release.  Voted as 2015’s Best in State of Massachusetts, by the New England Music Awards (NEMA) in April of this year, the High Hopes Band brings their unique sound and experience on the road in the continental U.S.  Known in the U.S. Virgin Islands for their tireless shows and schedules, they hope to add to their already quickly grown nationwide fan base.

The High Hopes Band band released their self entitled EP in 2013.  In September of 2014, they dropped their debut album “Forever Love,” spending 2 weeks in the Itunes top 100 all-time reggae albums chart, reaching as high as 30.  All recorded work can be heard on the majority of streaming music services in the industry, including Spotify & Pandora. 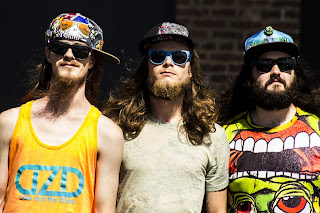 The Myrtle Beach, South Carolina based band is set to tour most 2015 throughout the East Coast, Mid-Atlantic, and the USVI. These road warriors perform hundreds of shows a year and intend to keep this pace strong for the new release.

"Lifted" features a balance of the band's older styles with a range of newer influences. At the request of fans, TreeHouse! dug into their stock pile of songs to record some highly anticipated older live jams including "Follow Your Calling", "Que Sera (It is What it Is)" & "Just Another Day". The first single release from the album is "Look into the Stars", a collaboration with Zach Fowler, from fellow South Carolina Reggae Rock band, Sun-Dried Vibes

Full of textured "ear candy", pulling from influences like 311, Bob Marley, Sublime, Slightly Stoopid, Rebelution, SOJA, and The Dirty Heads, TreeHouse! invites fans to sit back and enjoy an energetic roller coaster, smoothly riding through a distinct range of emotions incorporated through saxophone, trumpet, keys, didgeridoo, percussion, and even group karate!  Join the band in its unique style to create a sound that is both familiar and refreshing. Get “Lifted”!