New York Travel Tip: JFK Shuttle Blues - or how I learned to embrace uncertainty and love the Big Blue Van

To truly travel on the cheap, you need to cut costs at every turn. 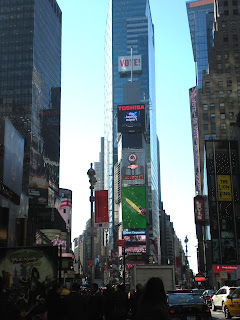 I'm a longtime freelance writer based near Toronto and a frequent visitor to New York City. If you've ever tried to live on the earnings of the former and are familiar with the costs of staying in the latter, you'll know these assertions border on the mutually exclusive. But, poverty is the mother of many an invention and I've figured out how to save on exorbitant hotel bills by staying in apartments, which also cuts down on eating out.

Airport transfers are another matter - and one that annoyingly adds $100-200 to the cost of any trip. The hike to and from JFK to Manhattan (LaGuardia - please!) can be pricey by taxi and even more so by limo and a train plus long subway ride to my eventual destination in upper Harlem with luggage and laptop in tow is just too daunting a prospect.

Luckily, one of those friendly people at the ground transportation information counter turned me on to the Big Blue Van method instead.

What is the Big Blue Van?
Ah... this is something of an existential question. On the face of it, it is just that - a full sized blue van that roams the airport terminals picking up passengers until full - or up to 10 to 12 people including the driver - then to proceed on to The City. It's about half the price of fixed rate cab fare. It is also - depending on your frame of mind and agenda for the day: 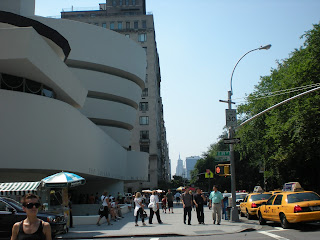 Surviving the Big Blue Van Experience
I'm cheap, so I've been using it regularly for some time and have become something of an expert in how to navigate the mysterious vagaries of the van system of ferrying passengers between the city and the airports. Having witnessed confusion and consternation on the part of both native New Yorkers and visitors to town alike on using the system for the first time, I'd like to offer a few practical tips. 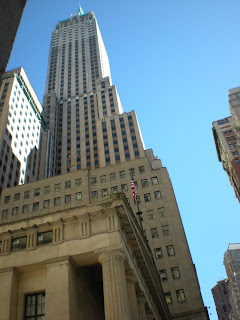 On the plus side:


At worst, I've spent close to 4 hours in The Van on a day when President Obama came to town to screw up the traffic even more than usual. Once I narrowly avoided missing a flight because the driver forgot a passenger and had to backtrack 80 blocks in town... late in the afternoon on the Friday of a long weekend.

I have heard rumours of a White Van that picks up even more passengers and is a few bucks cheaper...

But I don't know if I'm quite ready for that much zen.