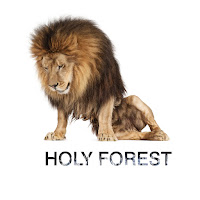 In a digital diaspora there are no borders. Playing with sound of the diaspora, Holy Forest blends the ingredients of an evermore connected world into its debut album.  Imagined as a series of songs from the holy forest, a place where we once travelled, where we once fell in love, where we are no longer… but where we long to return. Recorded in The Gambia, NYC, Woodstock and San Francisco, “Holy Forest” is a body of work spanning a number of years, produced and arranged by musician and documentary filmmaker Jon Fine (Herbie Hancock’s “Possibilities”/ Bill Wither’s “Still Bill”). 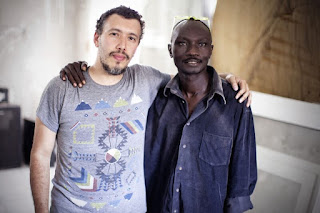 The making of the album, spanning a number of years was inspired by Fine’s trip to the Gambia’s Makasutu forest, a lush-green riverine wilderness of mangrove swamps. While in Gambia, he sought out Tata Din Din Jobarteh and the seeds for the project were planted. Drawing on the beautiful melodies of the Kora, reggae rhythms, folk and blues, “Holy Forest” is 21rst century cross-continental roots music.

In throwback to an era of music when vinyl was king, world-renowned DJ and tastemaker Gilles Peterson happened to hear Holy Forest’s album playing in a small boutique record shop in London called “Love Vinyl”. As it turns out, that actual copy he stumbled upon was, at the time, the only record in circulation anywhere in the world. It was the first pressing of the record, sent to one of the shop’s employees as a sample. The record was spinning on the right turntable at the right time. Gilles left the shop with it in his hands and, the next day, featured the single “Africa Calling” on his BBC 6 Radio show introducing it to his massive audience worldwide. For a project that is being distributed and released independently, the serendipity is a testament to the refreshingly old-school, pre-streaming power of music.