Remember : We are a dry establishment. No Alcohol is allowed.

At one time, speakeasys lined both sides of 133rd Street between 7th and Lenox Avenues, sending the jazz vibes onto the street from the unassuming brownstones. Nowadays, the speakeasys are gone but Bill's Place Harlem remains as a stalwart ode to the music. 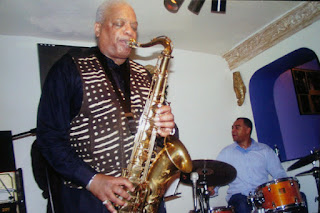 During Prohibition Days, speakeasys sprang up in private houses to avoid official scrutiny and in Bill's you get to experience the feel of the genuine article. You're inside one of the old brownstones, down a staircase to the basement. Frontage was taxed in the city at the time, forging the iconic streetscapes of narrow, taller buildings that still makes up the vast majority of Harlem. The basement stage is set against one wall while the seats are strewn along the opposite wall of the long narrow space.

Best of all, you can sit an arm's length away from the sound - still genuine in its spirit and expert in its execution. This is one of the very locations, after all, where a young Billie Holliday took to the mic while Fats Waller and Willie the Lion Smith were regulars most weeks. Today, the line-up includes co-founder Bill Saxton, a bebop sax player with a long history on the international stage and his Harlem All Stars on Friday nights and a guest band on Saturdays. Either way, you'll get a powerful set of mesmerizing traditional jazz served straight up. 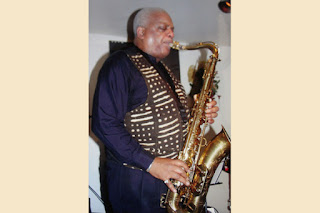 Bill's Place is actually the hood's longest serving authentic speakeasy - although there's an irony there. Opened during the days of Prohibition to serve illegal booze to music lovers, the establishment is nowadays dry, with no alcohol allowed. Now, the New York Times did a write up of the place late last year and naturally Bill's Place got a lot of publicity because of it. At the time - and described in the article - you could bring your own bottle. I first visited not long after that and the surprised crowd was told the place was between licenses and couldn't allow liquor for the time being... and nowadays it's flat out dry. An object lesson in why a speakeasy needs to retain a low profile, it would appear.