Pianist Romain Collin offers a bold reimagination of the piano trio on his new album with Luques Curtis and Kendrick Scott
Press Enter draws inspiration from the visual world, minimalism, folk music, and the wisdom of Wayne Shorter

• Buy/Sample the CD
• Tickets for his shows at the Iridium


Two words can be enough to change an artist's life - especially when those words come from such an authority on art, life and the cosmos as Wayne Shorter. Such was the case when the legendary saxophonist shared a succinct but profound nugget of wisdom with pianist Romain Collin. Musing on people who spend their whole lives talking about plans, ideas, or dreams without ever seeming to take action, Shorter fell briefly silent before bursting out with an urgent commandment: "Press enter!" 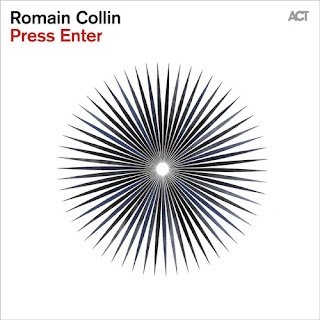 "I started laughing, but I thought the wording was genius," recalls Collin, who had the unique opportunity to spend time gleaning advice and direction from both Shorter and Herbie Hancock while touring India and Vietnam with a band from the Thelonious Monk Institute of Jazz. "He encapsulated such a clear concept practically, intellectually and emotionally. It felt so compelling in just two words, that idea of doing something and not just conceptualizing it."

Collin took that advice to heart to such an extent that it provides the title for his third release as a leader, Press Enter, due out in the US on October 2, 2015 via ACT Music. The phrase offers not just a title, but a guiding mantra, as the French-born pianist vigorously seizes on his widely-varied inspirations to create an inventive and lyrical take on the piano trio tradition. For Collin, the freedom to follow his muse is so deeply rooted that even the potential of its being taken away provides a spark of inspiration: the profoundly moving "Event Horizon" incorporates the actual voices of wrongly incarcerated prisoners freed through the efforts of The Innocence Project.

Press Enter is Collin's second album recorded by his incredibly gifted trio with bassist Luques Curtis and drummer Kendrick Scott, following their acclaimed 2013 release The Calling. Both were fellow students of Collin's at the Berklee College of Music during the early '00s. "Kendrick is like a painter on the drums," Collin says. "You never hear a drummer when he plays; you just hear music. He's incredibly sensitive and has such width and depth in his knowledge of what he can express on that instrument. Luques is a great friend and he plays the bass like a bass should be played. Everything he plays feels really, really good and just the way it should to support the trio and the music."
Collin is an experienced composer of film music with multiple orchestral soundtrack credits to his name, so it should come as no surprise that he draws upon the visual world when dreaming up his music. There's no one-to-one correspondence between a piece of art or environment that he responds to and a particular composition; it's simply Collin's method of tapping into the rich vein of human expression. 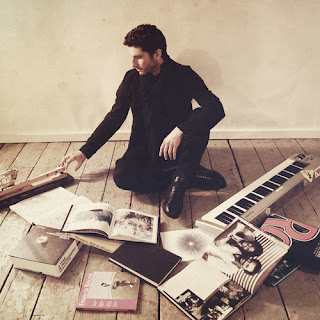 "I follow a totally indirect route to inspiration," he explains. "I feel that the music is already there, I just need to unearth it. The way I figure that out is to expose myself to a lot of stimuli, a lot of art. I'll watch movies, go to museums, drive around and look at scenery, watch people and the city, listen to a ton of music that's not particularly related to what I create. Any human endeavor that stems from a very strong and singular vision will help in the compositional process."

One thread that runs through the pieces on Press Enter is the concept of a repeating, pulse-like, almost obsessive ostinato, a musical theme that recurs in different permutations on multiple tracks. It's there in the nervous, Steve Reich-influenced minimalism of "99," the frantic texture underlying "Clockwork," the strident bass lines of "Webs," or the aching heartbeat of "Raw, Scorched and Untethered." The latter, inspired by a painful break-up, uses that insistent throb to undergird a hauntingly romantic theme evoking a rock-era Rachmaninoff. It also swells ominously in "The Line (Dividing Good And Evil Cuts Through The Heart Of Every Human Being)," which draws its title from a quote by writer/philosopher Aleksandr Solzhenitsyn. The same obsessive rhythmic idea spreads throughout the entire trio on "The Kids," which features a simple three-note melody whistled by master pianist Jean-Michel Pilc, who often utilizes whistling in his own work.

Collin pairs this fascination with minimalist precision with a love for simple, expressive melody. This is most obvious on tunes like "San Luis Obispo," which paints a portrait of the California city the New York Times called "The Happiest Place in America" with a heartfelt, folk-like melody. It's also represented in the trio's intimate, wistful interpretation of Bon Iver's "Holocene." Lastly, it emerges in the elegiac gospel inflections of Collin's solo take on Monk's immortal "'Round Midnight," which closes the album. "Event Horizon" brings the album to an emotional climax with a simple, mournful tune (supplemented by crucial contributions from vocalist Megan Rose and cellist Laura Metcalf) framing the tragic stories of prisoners freed from decades-long jail terms or death sentences by the Innocence Project, the non-profit organization dedicated to exonerating the wrongly convicted with DNA evidence. 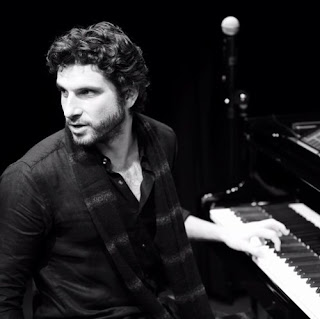 Collin came to the US to attend Berklee College of Music, where he studied performance with the likes of Dave Liebman and Joe Lovano while majoring in Music Synthesis. In 2007, the pianist graduated from the Monk Institute, where he not only toured with Hancock and Shorter and shared the stage with artists such as Marcus Miller, Jimmy Heath, and Terence Blanchard, but also studied with Larry Goldings, Russell Ferrante, Ron Carter, Charlie Haden, Mulgrew Miller and Wynton Marsalis.

In 2009, Collin released his first effort as a leader, The Rise and Fall of Pipokuhn (Fresh Sound), a work described by All About Jazz as "an astonishingly mature and ambitious debut that secures Collin a placeholder in the continuing evolution of the grand tradition of the piano trio" (Phil DiPietro). His second record, The Calling (Palmetto, 2012) was described by the Washington Post as "distinctly personal and creative" (Mike Joyce) and hailed by The Revivalist as an album that "presents listeners with a work of art that is worthy of being held onto for generations to come" (Eric Sandler).

While touring internationally as a leader, Romain continues to explore various musical genres as a sideman, performing and/or recording alongside artists such as Mike Stern, John McLaughlin, Christian McBride, Gregoire Maret, Lauryn Hill, Tim Green or Joe Sanders. Collin has also composed orchestra scores for motion pictures including Ombline de la Grandiere's five-part 2014 documentary Le Bresil par la Cote, Vlada Subotic's About Me (2010), Gleb Osatinski's award-winning Pisces of an Unconscious Mind (2011), The House at the Edge of The Galaxy (2013) and The Quantified Self (2015), Yaara Sumeruk's Ringo (2012) and Parliamo Italiano (2013) and Lauren Fritz's Gallina (2015).