Miracle is the first solo release for Texas based songwriter, guitarist and singer Andy Evans. It's a  interesting album with a musical depth beyond that of your typical singer/songwriter. 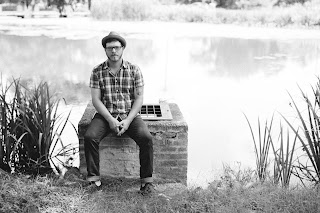 From an avant garde intro, the CD launches into Lesson Learned, a track that showcases Andy's vocals with acoustic guitar and piano to back it up. His voice is rich with a nice edge at the lower end of his range that suits the philosophical lyrics,

Overall, the album focuses on Andy's warm voice and accomplished musical chops in a laid back, folk/country/rock mode with the help of equally accomplished back-up musicians. Rhythmic variations add texture and a lot of interest. Production by Nick Jay offers a nice full sound.

Each track offers something new stylistically. Shape of Love features horns in a swingy country rock vibe with a New Orleans flair and interesting rhythmic complexity. Judas takes a step both back and forward into a spacey Seventies rock mode. Wish She Was Mine is slower and soulful, complete with a fat B3 and slide guitar to add to the sense of emotion. 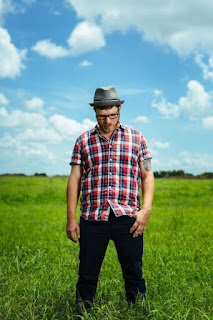 Make It is a highlight, with its spooky retro rock riffs and a perfect adaptation of his vocals to an edgy, distorted sound. Miracle, the first single and title track, is another highlight with it strong, jazzy rhythmic pulse and danceable grooves.

Andy has been active for many years on the local music scene in central Texas, playing guitar, singing and building a following as the front man of the blues/rock outfit Andy Evans & The Brotherhood. He has played shows with Brandon and Sam Riggs and has frequently collaborated with North Texas singing/songwriting fixture Clayton Landua of Six Market Blvd.

Now firmly established in Austin, Texas, Andy Evans is currently putting together a series of live shows in support of this first release.