Toronto – The Textile Museum of Canada (TMC) is pleased to announce the upcoming presentation by renowned ecologist Rebecca Burgess, founder of the Fibershed movement, on Wednesday, January 27, 2016, 6:30 pm. Rebecca Burgess established Fibershed in California in 2010 in response to the 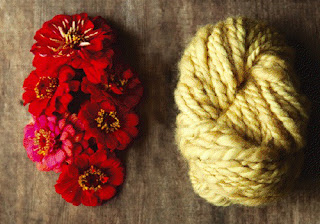 environmentally devastating impact of “fast fashion” and global industrial textile supply chains. Now an international movement with affiliates around the world including Upper Canada Fibershed in Ontario, Fibershed is a model for local production and consumption using sustainable resources such as hand-processed organic cotton, wool and natural dyes in the making of textiles and clothing – the epitome of “slow fashion.”

A cooperative approach involving a range of members from farmers and land use planners to artists and fashion designers, Fibershed has also drawn former fashion industry workers from Ralph Lauren, Abercrombie & Fitch and other companies who are realigning themselves away from high-volume global markets to hand-crafted local economies. Called an “eco-warrior” in The Atlantic in 2011, Burgess is an educator, writer, and natural dye farmer, recently authoring the book Harvesting Color. “I enjoy knowing the biological roots of where everything comes from. Behind everything we own, use and consume is a story,” she states. 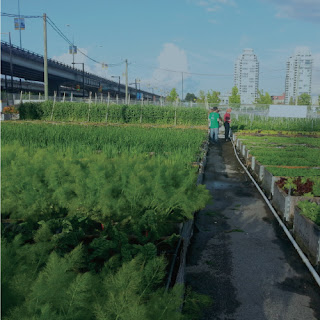 In Toronto, Burgess will speak on the “150 Mile Fashion Footprint,” highlighting her experiences with sustainable fashion and the connection between consumption and production at the heart of Fibershed’s commitment to making garments sourced entirely within one’s own community. “Rebecca Burgess’ ideas are being taken up throughout the USA, Australia, the UK and Canada,” says Shauna McCabe, Executive Director of the Textile Museum of Canada. “We are thrilled to introduce this leading activist and thinker to Canadians who embrace the future of fully conscious consumption.”

The TMC is pleased to present Rebecca Burgess with the support of the K.M. Hunter Charitable Foundation. The lecture followed by a reception will take place on Wednesday, January 27, 2016, 6:30 pm, Textile Museum of Canada, 55 Centre Avenue, Toronto, M5G 2H5. Admission is $20 per person; purchase online at the link or call 416-599-5321 x2228