TORONTO – Sassy jazz singer-songwriter Tia Brazda elegantly segues from saucy to sophisticated with ease on her debut album Bandshell. She’s now released a video for “Breathe Easy,” that follows Tia through the streets of Toronto and features this very slick, sultry track from the new album. 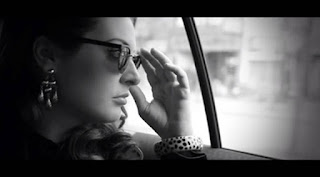 Toronto-based Tia Brazda has already established herself as a sparkling presence on the jazz scene in Canada and beyond. Her first EP Cabin Fever made an impressive impact in 2012, hitting No.1 on the iTunes Canada Jazz Chart, as well as receiving airplay on BBC and CBC Radio, Jazz FM 91.1 in Toronto, and college radio stations across Canada. Her 2014 holiday single “Christmas in Mexico” was added to the CHUM FM/Bell Media rotation and received solid airplay across the country.

Bandshell, is also garnering much of the same attention but with plenty of airplay in the U.S. added to the mix. In addition to debuting at #1 on the iTunes Jazz Chart in Canada, it has been added to over 30 stations south of the border and hit #24 on the CMJ national jazz radio chart. The album shines with bouncy piano; full, rich, orchestral strings; dynamic horn arrangements and smooth production that updates Brazda’s vintage vibe from flats to heels.

“Breathe Easy” is a jazzy tune that utilizes breathy sax, tinkling piano, a “Hit the Road Jack” bass line and with Tia’s suggestive vocals echoing Peggy Lee, it oozes deep groove and cool. The video, directed by Carlos Coronado, is a black and white nod to Toronto’s streets, and sights, while following Brazda to the airport departure lounge.