TORONTO - Harbourfront Centre will launch World Stage 2016 with Germinal, one of the most talked-about pieces in the international performance circuit in recent years. Performing January 20 – 23 at the Fleck Dance Theatre, this unique production from France straddles the playful and the profound. 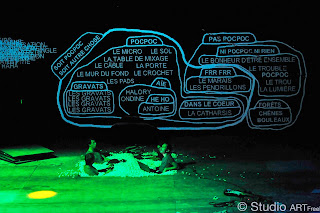 Using the theatre as a whimsical metaphor for human civilization, Germinal begins with a bare stage and four intrepid adventurers who set out to imagine how they would remake the universe from the beginning. With an approach both giddily charming and deeply philosophical, the performers construct and deconstruct the history of science, technology and societal structures in an experimental way.

“Germinal is a funny, charming, intelligent work that ingeniously holds the mirror up to us by employing the making of theatre as a metaphor for the construction of civilization,” explains Artistic Director Tina Rasmussen. “With World Stage, I always want to provoke a conversation about our active role as citizens of the world and Germinal does indeed do just that.”

Since its 2012 premiere, Germinal has received critical acclaim through its performances across Europe and select North America cities. Special discussions will complement these Germinal performances (free with ticket purchase): 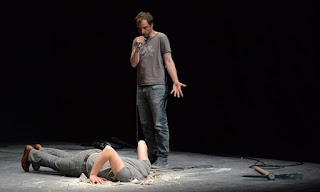