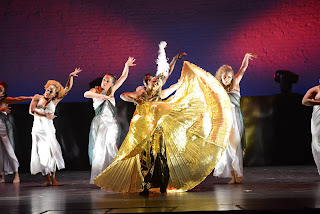 A favorite with New York audiences, the Apollo’s annual Kwanzaa Celebration returns with the renowned and energetic New York-based dance company, Abdel Salaam’s Forces of Nature Dance Theatre.  It is an evening of joyful dance and music, hosted by WBLS personality Imhotep Gary Byrd, that honors the principles of Kwanzaa – family, community and culture. “A fun and affordable Apollo tradition for the entire family,” exclaims Examiner.com.

About Abel R. Salaam’s Forces of Nature Dance Theatre
Choreographer Abdel Salaam and executive director Dele Husbands founded the FORCES OF NATURE DANCE THEATER COMPANY in 1981. For over twenty years, Forces has produced high quality ballets,conducted dance classes and presented concerts and educational programs in the united States and throughout the world. FORCES' cultural matrix is centered in an African intelligence that is global,ecological and universal in its artistic perspective,empowering and enlightening in its educational mission,visceral and though provoking in its creative context. FORCES' utilizes a unique blend of performing arts, which includes contemporary modern dance,traditional West African dance forms,Ballet,House forms as well as live and recorded music.

Forces of nature's mission is threefold:

3) To use the arts and culture as tools for enhancing human services and social reform. 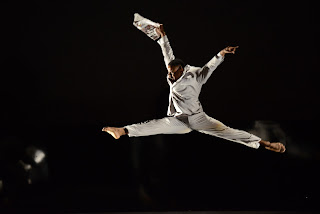 BUY TICKETS
Customers who purchase tickets to 2 or more more events for the 2015-16 season as part of the Apollo Advantage loyalty program receive 30% discount off of each show ticket.
From last year's celebrations: