• Get tickets to the Riot Artists APAP Showcase 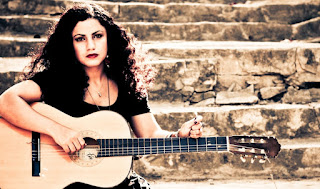 globalFEST '15 alumnus Mathlouthi tells the story of HER Tunisia: the dark years as a young rebel and dissenter; the strife of being a female musician; her artistic and ideological struggle after her songs were banned from the radio and TV; the dual love and suffering that came from longing for home while living in a free country.

Her music inspired Tunisia's Arab Spring revolution in 2011 and offers "resolve and passion," writes Jon Pareles. "Each song is a narrative, unfolding in multiple sections, moving between delicacy and fierce tenacity, mourning and defiance." 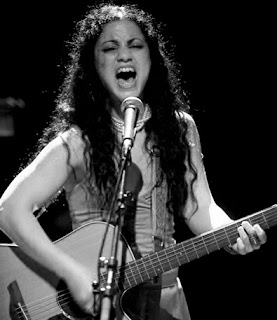 She stars in the 2014 release No Man's Land, a documentary about the female voice in Iran. She will release her upcoming Iceland-produced album this spring.

7:30 Cambalache: A Chicano-Jarocho group based in East Los Angeles, playing and promoting traditional son jarocho through performance, music workshops, and educational demonstrations. In the spirit of the fandango, a traditional celebration of music and dance, Cambalache engages its audience through participatory performances.
s
9:00 Maarja Nuut: Maarja Nuut is a fiddler and singer from Northern Estonia. Her music combines traditional dance tunes, songs, and stories with live electronics, creating a space where classical minimalism and experimental music meet the village musical traditions of pre-war Europe.