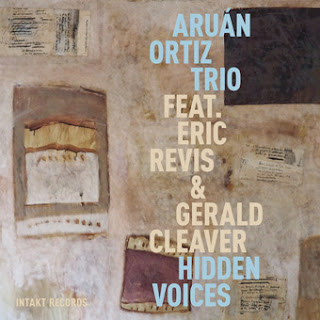 The Cuban-American pianist and composer Aruán Ortiz has finally arrived on the international jazz scene, following a few earlier releases. His excellent new album "Hidden Voices" recorded as a trio with bass player Eric Revis and drummer Gerald Cleaver is the proof.

Ortiz, who grew up in Santiago de Cuba, has been called the latest Cuban prodigy to arrive in the US. His carefully structured music is an exciting mix of contemporary classical sounds, afro-cuban rhythms and powerful jazz improvi-sation. All these elements are fused to make a very individual sound.

“I was thinking about this album as a circle with no beginning and no end,” says Aruán Ortiz.
After working with seven original works as well as tunes by Ornette Coleman and Thelonious Monk, the 42-year-old has turned to a traditional song “Uno, Dos y Tres, Que Paso Más Chevere,” that “everybody in Cuba knows from festivities and carnivals."

Open and Close & The Sphinx - from the upcoming album: 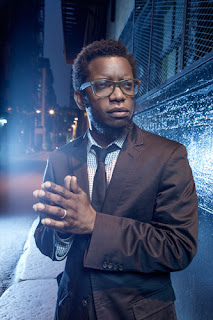 In naming his exceptional new album Hidden Voices Aruán Oritz, an avatar of creative and progressive improvisation, is referring first and foremost to the sounds that permeated his consciousness during formative years.  "Within a radius of two square miles," the 42-year-old Brooklyn-based pianist-composer recalls of the working-class neighborhood of Santiago de Cuba where he grew up, "anybody could walk on the street and hear groups playing popular music, folkloric dance companies, bembés, comparsas such as 'Los Hoyos' rehearsing their procession, random amateur guitar players and singers jamming and singing old trova songs, choirs performing liturgical songs, rumba percussion groups, Cuban-Haitian folkloric groups playing Tumba Francesa, and so on.  At the same time I was exposed to European classical music from a very early age at the Conservatory of Music. Being exposed to this compilation of styles every day nurtured my ears, and forged a very personal and eclectic understanding of the music."

Ortiz convenes bassist Eric Revis and drummer Gerald Cleaver, who operate synchronously and creatively throughout Hidden Voices. The album comprises seven Ortiz originals, Ornette Coleman's "The Sphinx" and "Open and Close," Thelonious Monk's "Skippy" and, to conclude, a traditional song called "Uno, Dos y Tres, Que Paso Más Chevere" that, Ortiz remarks, "everybody in Cuba knows from festivities and carnivals and so on." In contrast to the bright tempo heard on three separate versions of the song available on YouTube, Ortiz sustains each of the "very recognizable first notes" with calibrated touch and judicious pedaling, transforming it into a stark, legato miniature in the manner of Federico Mompou.