"There perhaps hasn't been many films to blow your socks off at the Berlinale so far but Alex Anwandter's "You'll Never Be Alone" could well be the first." - Twitchfilm

This year, the Teddy Awards celebrate their 30th anniversary,making it the oldest award honoring LGBT cinema. The film focuses on the relationship between a father and his son. Juan, who works as a manager in a mannequin factory has been conveniently avoiding the truth - that his son Pablo is gay. This all changes when Pablo becomes the victim of a brutal hate crime, which forces his father to confront what he has been long avoiding in an attempt to seek justice for his son. The story is loosely inspired by hate crime victim Daniel Zamudio, a Chilean gay youth and fan of Alex Anwandter's music, whose death following a brutal beating made international headlines, causing the Chilean government to rethink discrimination laws.

The film is slated for an international release later this year. Anwandter will also release his latest album, "Amiga" which is due out April 8th via Nacional Records.

Alex Anwandter makes his writing/directorial debut at the Berlin International Film Festival with the premiere of "Nunca Vas a Estar Solo". The festival takes place February 11-21. 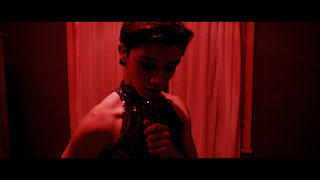 The film follows the story of Juan (Sergio Hernández - “No”, “Gloria”), a manager at a mannequin factory leading a rather regular life, while conveniently ignoring the fact that his son, Pablo, is gay (and secretly cross dressing) - until life forces him to confront reality. Pablo is hospitalized after being brutally beaten by a gang of thugs in his neighborhood. The incident leaves Juan in debt, angered by the failure of the justice system and ready to take matters into his own hands to save his son. The story is loosely inspired by hate crime victim Daniel Zamudio, a Chilean gay youth and fan of Alex Anwandter’s music, whose death following a brutal beating made international headlines.

The film's world premiere forms part of the Berlinale Panorama program, although "Nunca Vas A Estar Solo" has already won awards as a work in progress, including at the Guadalajara Film Festival and the Santiago International Film Festival. 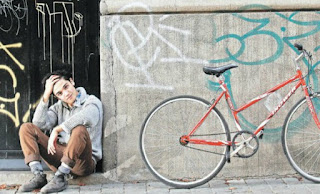 Anwandter states, “This story is not a biopic and shifts its focus onto the father of the boy. This is my way of saying: it was not just one boy, it’s many boys and girls, women and men. And the life we should examine more carefully is not the boy’s, it’s the rest of us. We who allow this to repeat over and over.” (Image - Andrew Bargsted in Nunca Vas a Estar Solo)

Anwandter goes on to say "It is an honor to debut in such a prestigious festival. I want to share this story. Although it is universal, it is deeply rooted in Chilean idiosyncrasy. Personally, I think it's important that our fiction acts as a powerful mirror of our immediate problems."

This year is shaping up to be a big one for Anwandter, with the April 1st release of his latest album, “Amiga” on Nacional Records, as well as the film's international release.