TORONTO - Chucho Valdés has declared Hilario Durán to be one of the greatest Cuban pianists of the 20th century, calling the Grammy-nominated and JUNO-award winner “an unparalleled pianist and a composer and arranger of the first order.” 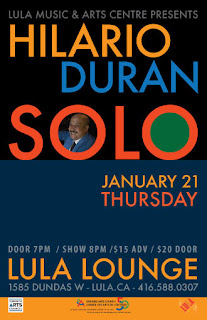 Musician of the Year by the Toronto Musicians Association; Vision Award Winner “Premio a la Trayectoria” - Hilario’s formal music training, combined with a deep understanding of traditional Cuban music, as well as a love for jazz, allowed him to play a key role in the integration of Afro-Cuban music and jazz.