HARLEM, NEW YORK CITY - Alexander Smalls and The Cecil Harlem present Dannis Winston. Mr. Winston was hand-selected by Mr. Smalls and his Harlem Jazz Enterprises team to perform at his award-winning restaurant The Cecil Harlem for their Sunday Brunch Series co-created by award-winning chef JJ Johnson. The performance on MLK weekend will be in celebration of the release of Winston's debut single "Let Me Go" which drops on iTunes and all major digital platforms on January 15, 2016. 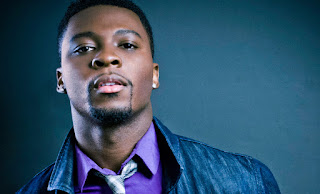 Performances at the Cecil Harlem's Sunday Brunch Series are curated by Grammy Award winning jazz drummer Ulysses Owens Jr. who currently serves as the artistic curator for The Cecil/ Minton's.

• The Cecil Harlem's prix-fixe brunch includes one snack, one brunch entree and one brunch cocktail for $32, per person. No cover charge for performance. Reservations are highly recommended.

The Cecil Harlem was created by New York businessman Richard Parsons and noted restaurateur Alexander Smalls. The restaurant sits on the former site of legendary Minton's Playhouse, where Thelonius Monk invented bebop back in the 1940's. Today, The Cecil is a one-of-a-kind dining experience. Bringing together global flavors through an African lens, Chef Joseph "JJ" Johnson's cuisine is part of Harlem's exciting new food scene, making The Cecil a hidden gem in New York City.

A taste of Mr. Winston live...