“…The Astronaut’s Tale should remind people both of the majesty of space exploration and the amazing story of how our universe was born.” —Matthew Roberts, string theorist at NYU


BROOKLYN, NYC - Breathtaking images of the galaxies and outer space ignite this modern tale of a young man who dreams of space travel and flying to Mars. Guided by a mysterious stranger who challenges his views on creation and fuels his desire to become an astronaut, the young man discovers romance and a drive to succeed, which catapults his blast off into space, transforming his life. 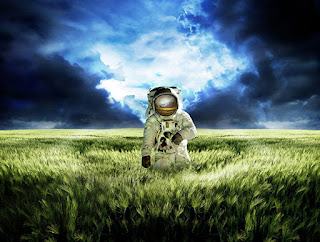 With stunning projections, an exciting percussive score for chamber orchestra, and gorgeous vocal music, The Astronaut's Tale is a luminous glimpse at a multidimensional universe and the majesty of outer space.