Going Home Star - Truth and Reconciliation, cited as quite possibly “the most important work produced by the Royal Winnipeg Ballet in its 75-year history” (Holly Harris, Winnipeg Free Press), embarks on a national tour with performances across the country (January – April) including a stop in Toronto for two performances on February 5 and 6, 2016. 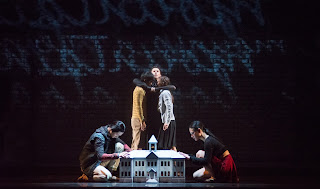 Boyden, who was recently appointed to the prestigious Order of Canada, understands the power of the arts as a healing tool. "Art is the way to allow Canadians to begin to understand something of such huge pain. I think stories, I think novels, I think film, I think dance, I think painting, all of this allows Canadians to absorb not just the pain and the anger but the beauty as well."

Annie is a young, urban First Nations woman adrift in a contemporary life of youthful excess. She feels strangely disconnected. Gordon is a homeless First Nations man who escaped the Residential School system.  He possesses the magic and power of the trickster.  Gordon becomes Annie’s guide and begins to show her his devastating story of the Residential Schools. Propelled into the past, Annie realizes she shares Gordon’s burden, and those of her people, and prepares for her new destiny as healer. Gordon feels deeply the damage that has been done and the anger he carries inside.  But the “going home star” is clear in the sky and Annie and Gordon both learn that without truth, even the most hateful truth, there is no reconciliation. Commissioned by Canada’s Royal Winnipeg Ballet (RWB) and Artistic Director André Lewis, Going Home Star - Truth and Reconciliation triumphantly opened RWB’s 75th season in October 2014. “Creating this ballet transformed the Royal Winnipeg Ballet as an organization,” shares Lewis. “Our experience went beyond the creation of a new ballet. It ultimately became our artistic expression of reconciliation which we would like to be able to share with everyone.” Going Home Star - Truth and Reconciliation is presented in memory of the late Elder Mary Richard (Ah Kha Ko cheesh) who inspired the RWB.

About the Truth and Reconciliation Commission of Canada
The Truth and Reconciliation Commission of Canada (TRC) was established in 2008 to tell Canadians about the history of Indian Residential Schools and the impacts it has had on Aboriginal children who were sent to the school by the Canadian government and to guide a process of reconciliation between and within Aboriginal families, communities, churches, governments and Canadians. The TRC has a five-year mandate under the direction of the Chair, The Honourable Justice Murray Sinclair and Commissioners Chief Wilton Littlechild and Dr Marie Wilson. 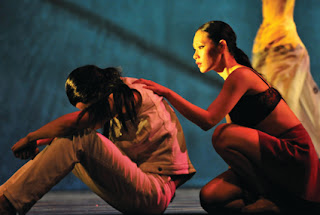 About Canada’s Royal Winnipeg Ballet
Founded in 1939, Canada’s Royal Winnipeg Ballet holds the double distinction of being Canada’s premiere ballet company and one of the oldest ballet companies in North America. Versatility, technical excellence and a captivating style are the trademarks of Canada’s Royal Winnipeg Ballet, qualities that have garnered both critical and audience acclaim. RWB’s superlative standards keep the Company in demand around the globe as it presents more than 150 performances every season across Canada and in the United States, South America, Europe, the Middle East, Russia, Japan, Asia and Mexico. Under the artistic direction of André Lewis for 18 years, the Company is said to have never looked more resplendent, more assured, and more ravishing.