"Salina grew up into a modern interpreter of Balkan styles. Her new album pays tribute to a late musician whose story is shrouded in mystery and urban legend." -NPR's Weekend Edition 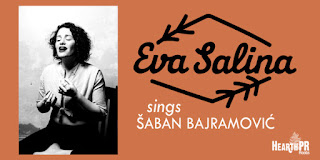 ŠABAN BAJRAMOVIĆ was king. Throughout the 1960s and 70s, he recorded music that resonated so deeply with Yugoslavian audiences that it’s still heard today at backyard parties in the Bronx, or even as far away as Australia. A larger-than-life legend of Serbian music, Bajramović operated so far outside of the music industry that it’s a wonder he could become such a star. Yet his music resonates even today, not least in the ears of a young American who fell down the rabbit hole of Balkan song. Renowned vocalist EVA SALINA grew up immersed in Balkan singing, and began her travels to the Balkans for study at the remarkable young age of 12. Growing up in the tradition, she had the good fortune to study directly with famed mentors from across the Balkans. Professionally, Eva cut her teeth in New York’s Balkan diaspora, and was welcomed into Roma communities there, amongst whom the songs of Šaban Bajramović are still in demand. After years of dancing and singing songs at weddings, circumcisions, and late nights around banquet tables, Eva took on the daunting project of recording the first tribute album to Šaban Bajramović: LEMA LEMA, set for release February 11, 2016 on Vogiton Records. The result is an electric, subversive, gonzo take on the great Romani singer by a continent-spanning band of master musicians. It’s all tied together by Eva’s voice, at once hall-shaking and sensual, the perfect blend of vocal emotions. 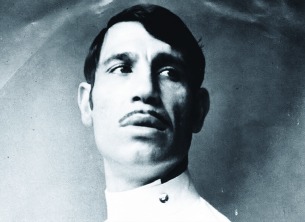 In the spirit of Bajramović himself, this is no traditionalist rehash of his songs. Instead, Eva draws from New York’s wildly diverse global and jazz music scenes, inviting artists from bands like Slavic Soul Party!, Kultur Shock, and The Klezmatics. This eclectic lineup includes, among others, Eva’s longtime musical partner, Banat Romani accordionist PETER STAN, Jewish music icon FRANK LONDON, jazz-metal guitarist BRANDON SEABROOK, Indian percussionist DEEP SINGH, and multi-instrumentalists RON CASWELL and PATRICK FARRELL. Engineered and mixed by Grammy-winning engineer DANNY BLUME, and mastered by multi-Grammy winning engineer SCOTT HULL, one of the key ingredients of this album came from the birthplace of the songs themselves. Traveling to the village of Pavlovac, Serbia on the special invite of famed Romani trumpeter EKREM MAMUTOVIĆ, Eva brought the inimitable sounds of Serbian Balkan brass bands from some of the best players in the region into the swirling blend of New York global roots music that she’d created. 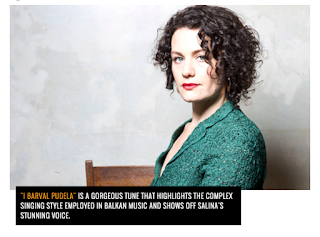 LEMA LEMA is an album that’s both reverent and deeply subversive. Singing entirely in the Romani language, a rare feat for an American artist, Eva Salina kept all the pronouns in the song lyrics the same, combining a potent feminine voice with Bajramović’s gritty, male perspective. This kind of gender subversion is not unheard of in Romani culture, but it’s a hallmark of Eva’s feminist vision of the music. Immersed all her life in Balkan music, yet living an ocean away, Eva had an ongoing fight against the perception in the US that she was an outsider to the music. Traveling in the Balkans, however, she was embraced by the Romani musical community–itself made up of centuries of outsiders–and she was given unprecedented access to the traditions. Music has always been a gateway between cultures, and with the album LEMA LEMA, Eva Salina shows that a singular vision can change the way we see an artist’s legacy.