From East Sussex, England, comes an album of what can only be called conscious funk, disco and RnB. You'll get your science lessons along with a dash of post-modern sociology to a funky groove in this imaginative concept album from Brand New Heavies founding member Jim Wellman. 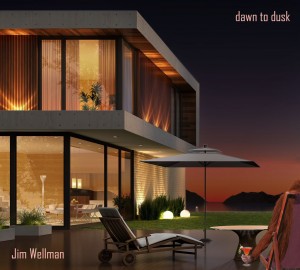 Jim Wellman was set to retire from the music biz by the fall of 2014. But, his planned retirement instead became a comeback as a solo artist, inspired in particular by the mainstream media's propaganda on the situation in the Ukraine. According to Wellman's bio,

"The album is social commentary, but viewed through perspectives of human psychological evolution, and analysis of mass communication and propaganda. The core of the work is the understanding that Man lives in a world of amazing technological development, but is still encumbered with medieval forms of government by representatives who serve mainly the interests of the elite."

Sonically, the release is a perfect wave of good old school RnB and funk. Probably Good - the first single - has a great groove in a classic 1970s RnB style. As with the other tracks on the release, the lyrics are a pleasant surprise - quirky and clever.

Found a good girl
But he was entirely expendable

The video (below) is equally post-modern quirky, with those naked Bond girl silhouettes and a geeky Wellman playing sax on the beach. Lucy is about... Lucy - that Lucy, our earliest forebear, the ancient female skeleton of the hominin species Australopithecus afarensis found in Ethiopia. Really. The lyrics trace the history of man. Change is diversity... he sings in Lewontin Campbell - the title a reference to two of the pioneers of cognitive biology. 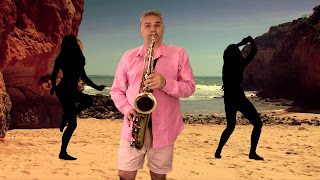 The instrumentation - all by Wellman himself - is nicely fat and spot on in its execution; a full band with groovy keyboards, liquid guitar licks and a horn section along with both male and female vocals to take us through the intriguing concept album.

Tyranny comes with a happy song...

Happy song is a standout, a duet between Jim and a female voice that trips along merrily to its dark message. Premature Truth is a slow and sexy musing on the nature of ideas. It includes a spoken word section.

It may not grab your emotions, but your intellect and your dancing shoes will be inspired by this clever yet accessible release.