Get up close and personal with minimalism’s past and present:
three works by Steve Reich plus new works by five Toronto artists. 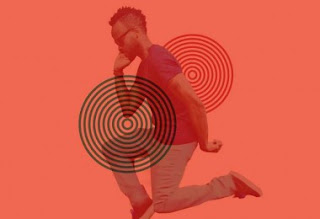 Toronto – Soundstreams presents the second and final concert in our 2015/16 Ear Candy series dedicated to big ideas in small venues. Electric Counterpoint at The Theatre Centre on March 19 plays fast and loose with minimalism, the musical movement that has inspired artists from Radiohead to DJ Spooky. Taking flight from our 80th birthday concert for Pulitzer Prize-winning composer Steve Reich in April, this concert is an intimate journey through some of Reich’s masterworks and current influences featuring local artists Matt Smith, Brandon Valdivia, Germaine Liu, Dan Morphy, and SlowPitch Sound.

“The first time I heard It’s Gonna Rain was during a grade 9 music class,” says Kyle Brenders, Ear Candy curator and Soundstreams Artistic Associate. “It was quite startling for a small town saxophone player but it unleashed a curiosity that sticks with me today. Each of the musicians on this show connects deeply to the pulse of minimalism, and we’re going to have some MTV Unplugged-style fun to get you connected too.” 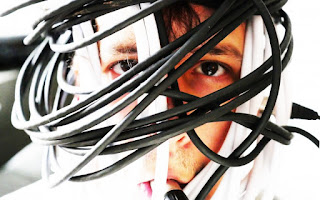 A fitting start to the evening is the opportunity to experience Steve Reich’s first major work, It’s Gonna Rain. Created by manipulating a recording of a Pentecostal preacher in San Francisco’s Union Square, Reich says the piece’s phasing came about by chance as he was fiddling with two identical tape loops that became out of synch with each other. Reich’s seminal Electric Counterpoint has been recorded by such luminaries as Pat Metheny and Radiohead’s Jonny Greenwood. Consisting of three movements, “Fast,” “Slow,” and “Fast,” the piece is written for electric guitar and tape (the tape part, recorded by Metheny, consisting of two electric bass guitars and ten electric guitars). Matt Smith, long-time collaborator and current Owen Pallett band member, shares his take for this performance.

The exuberant Nagoya Marimbas, called “four and a half minutes-worth of hyperactive—and melodically rich—rhythmic patterns” by Gramophone, has been recorded and played by some of the world’s most famous marimbists. Dan Morphy (TorQ Percussion Quartet) and Brandon Valdivia (Above Top Secret) tackle this popular duet. Woven in and around the Reich pieces will be new minimalism-inspired electronic works by Ear Candy resident DJ SlowPitch Sound, percussionist Germaine Liu (Picastro), Matt Smith aka Prince Nifty, and Brandon Valdivia aka Mas Aya.

Staged in the intimate Incubator space of The Theatre Centre, Queen West’s live arts hub, in collaboration with curator Kyle Brenders and lighting designer Patrick Lavender (It Comes in Waves, bluemouth inc and Necessary Angel Theatre Company), Electric Counterpoint gets you up close and personal with minimalism’s past and present, absorbing the passion and physicality that makes this music great.

Ear Candy is supported by NOW Magazine and Sovereign State. 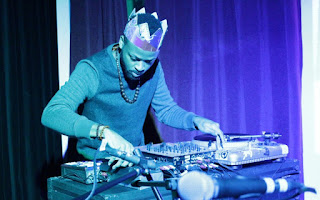 Tickets are $15 in advance and $20 at the door, and are available at soundstreams.ca.