Only in Toronto: The Artists' Newsstand Celebrates 50 Years of the Bloor Subway Line February 25 2016 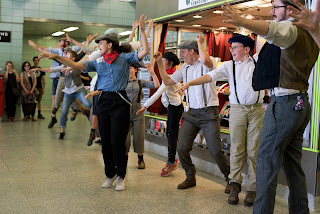 TORONTO - To celebrate the 50th anniversary of the Bloor-Danforth subway line, The Artists’ Newsstand at Chester Station will host a Birthday Party on Thursday, February 25 from 4pm to 7pm featuring live performances, music and complimentary cake, balloons and prizes. The previously dormant Gateway newsstand was re-imagined in May 2015 as an artists’ hub to benefit both commuters and artists.

The festivities kick off at 4pm with a historical character performance about the subway construction by award-winning theatre artist Moe Angelos. At 6:30pm, burlesque artist Dainty Box will present a fun, family-friendly performance to the music of The Supremes. In between, a DJ will be playing the hit songs of 1966, including These Boots are Made for Walking, Good Lovin’ and Monday Monday.

The Artists’ Newsstand is a multidisciplinary arts space showcasing the talent of local artists, writers and performers inside the Chester subway station (street level). The unique arts collective run by volunteers revitalizes the traditional newsstand with new purpose for performances, installations and arts merchandise, while still providing customary items (drinks and snacks) in a kiosk that was vacant for six years. Created by performance artist Jess Dobkin, the year-long project ends April 30, 2016. 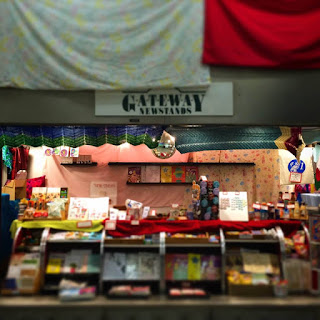 “In a sense, the whole project is a performance. It’s not just a monetary exchange but a creative exchange: the customer becomes the audience,” explains Dobkin. “It also shows that art is not just an activity that someone might go to do on a Saturday afternoon. It is woven into our lives.”

Upcoming performances and exhibitions at The Artists’ Newsstand include: