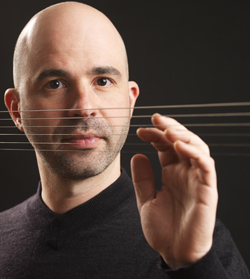 Developed over the past three years, Art Song features vocalists from the jazz and classical worlds performing songs in a chamber music setting. This unique celebration of art song will incorporate added elements of improvisation with instrumentation that includes guitar, violin, viola, bass, clarinet, bassoon, marimba, vibraphone and harp.

"This Art Song project has allowed me to take some wonderful text by T.S. Eliot, Dylan Thomas and Emily Carr and compose some new music for voice," states Occhipinti. "It is also my first time composing for harp. I'm hoping it will be an elegant musical experience for audiences and a rare chance to hear my music in a beautiful performance space."

Occhipinti has released five CDs as a leader that features his unique voice as a composer and as a guitarist. Three of his projects, Bristles (2014), Forty Revolutions (2007) and Duologue (2003) were nominated for JUNOs. Noted guitarist Jim Hall, whom he studied with during the mid-1990s, has described Occhipinti's writing as unique and his playing completely original and stunning. 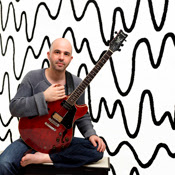 
The TD Discovery Series is a year-long initiative of music and educational performances created by Toronto Downtown Jazz, producers of the Toronto Jazz Festival, and supported by TD Bank Group. Designed to encourage the creation, development and presentation of unique, new programming, the TD Discovery Series showcases some of Toronto's finest local jazz talent.

A taste of David's previous work: