FILMS WE LIKE PRESENTS
From the master director of FAUST, RUSSIAN ARK,  MOLOCH and MOTHER AND SON 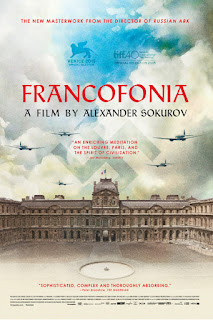 TORONTO - Films We Like is pleased to announce that Alexander Sokurov’s FRANCOFONIA will open in Toronto on Friday, April 8th at TIFF Bell Lightbox.

Against the backdrop of the Louvre Museum’s history and artworks, Sokurov applies his unique personal vision onto staged re-enactments and archives for a fascinating portrait of real-life characters Jacques Jaujard and Count Franziskus Wolff-Metternich.  Enemies who became collaborators, Jaujard and Wolff-Metternich’s alliance would be the driving force behind the preservation of museum treasures during the Nazi occupation of France.

In its exploration of the Louvre Museum as a living example of civilization, FRANCOFONIA is a stunning and urgently relevant meditation on the essential relationship between art, culture, and history; what art tells us about ourselves even in the midst of one of the bloodiest conflicts the world has ever seen.


Throughout his vast filmography – documentary, fiction and others somewhere in between – Alexander Sokurov has demonstrated that a museum is much more than a place to preserve art. Museums are the veritable DNA of a civilization, the living organ of the city where the heart of a nation beats. With FRANCOFONIA, he explores a historical chapter that we might know, but whose description does not take into account all the lines that run through it. 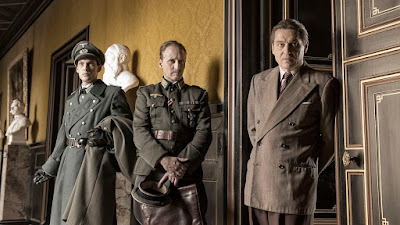 FILMS WE LIKE
Founded by award-winning documentary filmmaker Ron Mann (Grass, Comic Book Confidential, Altman) Films We Like is a boutique distributor of documentary, independent and international films in Canada. Recent releases include Force Majeure, Finding Vivian Maier, and the Academy Award-winner Ida.