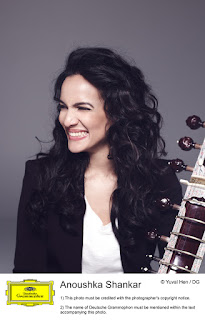 Supported by TD Bank, the series engages communities around the GTA to celebrate their heritage. Partnering with the finest presenters across the region, from Koerner Hall to the Aga Khan Museum, Roy Thomson Hall to the Markham Theatre, the program will showcase the finest sounds on the best stages.

Highlights this year include a strong female presence, with two of the most significant artists in South Asian music – Deutsche Grammophon recording artist Anoushka Shankar and Abida Parveen – performing, as well as Indo-Canadian star Kiran Ahluwalia, pipa maestro Wu Man and singer Ramneek Singh, among many others. Also announced is the new Small World Music EXPLORERS Program, which is a way for audiences to access the entire Asian Music Series through the Small World ticket hub. Concertgoers will benefit from Small World’s unique position at the heart of the global music scene, working hand in hand in with communities and venue partners.

A global music tastemaker for two decades, Small World showcases the best Asian Music in the GTA, and along with presenting partners, they gather the finest artists to appear on Toronto’s premier stages.

All roads lead to Small World Music with the easy, online, one-stop-shop box office for live music appreciators who know what they like, but are also open to new, exciting musical experiences. Small World is the main intersection where curated content of various bundle packages – which will also include other items, such as restaurant coupons, or local business vouchers – are offered at a discounted price.

Asian Music Series at a Glance: