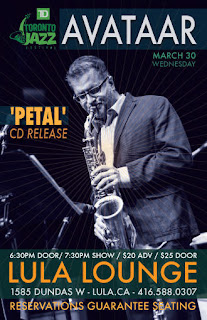 TORONTO - Led by JUNO-nominated saxophonist, vocalist and composer Sundar Viswanathan, AVATAAR will celebrate the release of their long-awaited debut CD, Petal, with an exciting performance at Lula Lounge on Wednesday, March 30, as part of the TD Discovery Series Special Projects.

"My explorations of spiritual philosophies including Hinduism, Taoism, Buddhism, mystic Christianity, Kabbalah and even New Age thinking also greatly influenced the path of the band,"states Viswanthan. "Petal reveals a side of me that hasn't been mined in previous projects and is my first foray into including lyrics on my compositions. The musicians in the band have also been a big influence in the direction of the music, and contribute greatly to the 'new' sound that will be evident at the CD release." 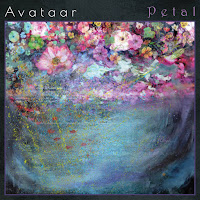 The TD Discovery Series is a series of music and educational performances created by Toronto Downtown Jazz, producers of the Toronto Jazz Festival, and supported by TD Bank Group. Designed to encourage the creation, development and presentation of unique new programming, the TD Discovery Series showcases some of Toronto's finest local jazz talent.

Check out the CD: