1 Song : 12 Artists
It is the world’s deadliest song, a musical composition so lethal that merely to hear it hummed may induce suicidal tendencies. It is “Gloomy Sunday”, public menace of such potentially epidemic proportions the BBC was compelled to ban it for decades. Indeed, if contemporary news reports and eyewitness accounts are to be believed, no other song comes close to it for sheer morbidity. 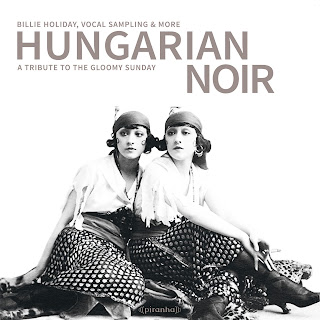 “Helter Skelter”? The Manson murders were horrific, to be sure, but the role of the Beatles’ song in those tragic deaths was incidental at best, and in the end, seven lives were claimed; the number of fragile souls, meanwhile, to have succumbed to the unrelenting lugubriousness of “Gloomy Sunday” may number in the hundreds if not the thousands.

“Better By You, Better Than Me”? When played backwards, a US lawsuit alleged, this 1990 Judas Priest song prompts listeners to “do it” and commit suicide. But how deadly can a song be which must be listened to backwards? “Gloomy Sunday’s” impact is direct and instantaneous. One need only recall the story of the Roman shop boy who, hearing a beggar hum it, handed the man his money and jumped from the nearest bridge. Hungarian pianist and composer Reszo Seress wrote the original music and lyrics for Szomorú Vasárnap – Gloomy Sunday – in 1933, while heartbroken over the break-up of a romance. Though local publishers initially rejected the song as too despairing, a new version with less forlorn lyrics by poet Laszlo Javor became an instant hit – and began claiming innocent lives almost immediately.

The song’s first victim, it is said, was the woman for whom it was penned. In the wake of its initial success, Seress’ ex-lover poisoned herself, leaving a suicide note of just two words: “Gloomy Sunday.” Hers was but the beginning of a wave of “Gloomy Sunday” suicides that ravaged Budapest in the 1930s. According to a US newspaper report from the time, “Budapest police have branded the song ‘Gloomy Sunday’ public menace No. 1 and have asked all musicians and orchestras to cooperate in suppressing it, dispatches said Today.”

No one was immune, the article claimed. “Men, women and children are among the victims. Two people shot themselves while gypsies played the melancholy notes on violins. Some killed themselves while listening to it on gramophone records in their homes. Two housemaids cut their employers’ linens and paintings and then killed themselves after hearing the song drifting up into the servant‘s hall from dinner parties.”

Seress was never prosecuted for the havoc his song unleashed (though fate may have caught up with him in 1968, when he leapt to his own death), but he and Javor alone can hardly be held responsible for “Gloomy Sunday’s” death toll. Like a plague, the song has spread, passed along by some of the most reckless and reprobate “artists” of our times.

Paul Robeson introduced the English version in 1935. Billie Holiday immortalized it in 1941. Björk, Ray Charles, Marianne Faithfull, Serge Gainsbourg, Diamanda Galas, Pyotr Leshchenko, Kronos Quartett – this list of infamy goes on and on. And now we can add to it the ultimate act of music industry callousness and irresponsibility – the release by Piranha Records of a collection of 10 new versions of “Gloomy Sunday” from around the world, plus the Billie Holiday masterpiece and the very Hungarian original for your digitally remastered listening pleasure.

Go ahead, listen to it if you must. But don’t say you weren’t warned. And should you be one of the fortunate ones to survive this ordeal, have the decency and good sense not to recommend it to others. Piranha Records must not be rewarded for their cynicism and betrayal of the public trust. Above all else, they must be discouraged from releasing “Gloomy Sunday vol. II”, which our sources say is already in the works.