Mexican singer and composer León Larregui released his second solo album, Voluma, recently and it's a great collection of polished and imaginative pop lit up by his unmistakeable voice. Voluma debuted in the #1 position of the U.S. Latin Alternative & Rock chart in  iTunes and as #2 on the general chart of Mexico.

León Larregui is best known as the lead singer and guitarist for Grammy Award-winning Mexican alternative rock veterans Zoé. The emphasis in Voluma is on his dreamy, expressive vocals, naturally, but there's a lot of energy in the music. Guitars work their way into the usual electronic dance mix on some of the tracks, adding to the sonic layers. 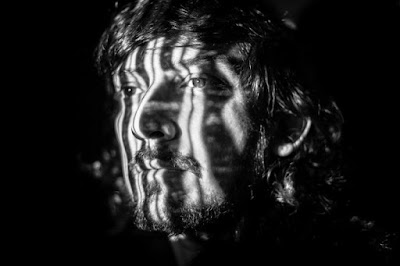 My quibble with pop/dance music is that it can be unimaginative, especially when it comes to the arrangements, but here León wrings a whole range of emotion out of the genre. Tiraste a Matar is an anthemic dance pop track that spotlights León's expressive voice. He has a flexible range that adds depth to the genre.

Luna LLena is another highlight, with a sexy Latin rhythm and languid vocals. His voice has a lazy, liquid quality that is emphasized on tracks like Visiones, an appropriately dreamy track. As the song progresses, the dream becomes more and more unhinged, with edgy guitars layering over the synth pattern.

Visitantes has a Beatlesque sense of melody in a lush arrangement (or maybe it was just the one synth line that reminded me of Eleanor Rigby!) There's a lot of sixties pop influence with some satisfying retro echoes. Locos is another fun track with its spooky guitars. Zombies is progressive musically yet always danceable.

He's lined up an international tour beginning with a recent appearance at the Pa'l Norte Fest in Monterrey, Mexico and he'll be at Vive Latino Fest on April 23. 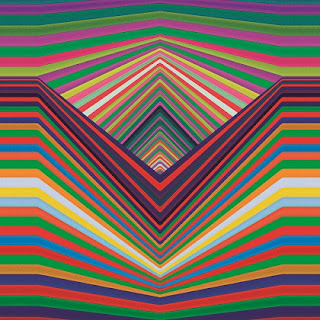