Cirque du Soleil and Nortec Collective’s
Bostich + Fussible Collaborate to Present
the LUZIA Album Inspired by the Music of the Show
Release: April 22, 2016 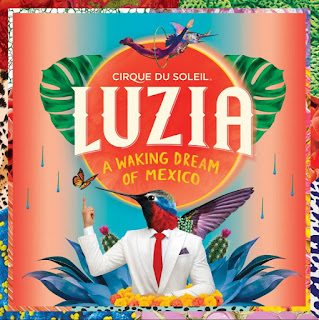 The Nortec Collective – An enlightened choice
With LUZIA, Cirque du Soleil will, for the first time, release the live production’s music album at the same time as its first public performance, to be held on April 21st in Montreal. As the LUZIA album was recorded while the production was in full creation process, Cirque du Soleil decided to work with an outside partner based in Mexico to truly capture the vibe of the local modern musical culture. After a compelling first contact in Tijuana between Carpentier and Nortec members Ramon Amezcua and Pepe Mogt – aka Bostich + Fussible –, the deal was sealed. 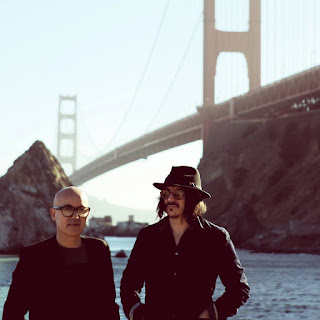 Simon Carpentier, who joined forces with Amezcua and Mogt to rework and record the album, explains: “Nortec, who are also producers, create music that we love in a very authentic way. Their music is 100% Tijuana and 100% Mexico.”

Alain Vinet and Rob Heaney (who have co-produced several albums for Cirque du Soleil) put the finishing touches on the 10 tracks to make sure the production reflects Cirque du Soleil’s signature sound. While the album was recorded in Mexico with local musicians who have appeared on several Nortec Collective albums, LUZIA’s lead vocalist Majo Cornejo and trumperter Joenuel Lebron are featured on several tracks on the album.

About Nortec Collective: Bostich & Fussible
Bostich + Fussible have been fusing brassy, traditional Mexican Norteño music with electronica to great international acclaim for many years, essentially inventing a new genre of music they dubbed “Nortec.”  Over the years, the group has garnered multiple Grammy and Latin Grammy nominations and has toured the globe, gracing the stages of some of the world’s foremost festivals.  Releasing music under the Nacional Records label, the Nortec Collective is primarily based in Tijuana, a city with a thriving music and art scene. For more information, visit facebook.com/nortecbf

About Cirque du Soleil
LUZIA is Cirque du Soleil’s 38th original production since 1984, and its 17th show presented under the Big Top. The company has brought wonder and delight to more than 160 million spectators in more than 400 cities on six continents. Cirque du Soleil has close to 4,000 employees, including 1,300 performing artists from close to 50 different countries.