Toronto, ON –  Toronto  Dance  Theatre  (TDT)  welcomes some of Toronto’s most dynamic visual artists to create 10 solos for the TDT company in a fresh and exciting approach to the body across disciplines. Singular Bodies is on stage April 14-17 & 20-23 at the Winchester Street Theatre.

Conceived by TDT Artistic Director Christopher House, Singular Bodies is a product of the fascinating creative fluidity that has emerged within the arts; a showcase of pan-disciplinary works where rigid categories are tested through a range of perspectives on the body in visual art practice.

“Singular Bodies builds on TDT's encounters with visual artists during On Display in 2014,” says Christopher House of the upcoming production. “We're thrilled to be collaborating with such a stellar group of artists as we take a closer look at the choreographic intersection of visual arts and dance."

EXTRAS
Into The Work | Monday, April 4, 7:00 p.m.
TDT invites you to attend this FREE behind the scenes event. Learn more about the show’s creation see excerpts from the work and speak with our guest artists and the performers about the artistic process. No ticket necessary; free to attend. For info: 416.967.1365

Student Matinee | Thursday, April 21, 12:30 p.m.
A special viewing of Singular Bodies that invites grades 7-12 to join TDT in the audience. With a post-performance talk-back session, TDT’s student matinees aim to contextualize the work to make contemporary dance more accessible to a wide range of audiences. 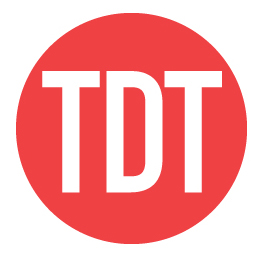 ABOUT THE ARTISTS
Stephen Andrews he has exhibited his work in Canada, the U.S., Brazil, Scotland, France and Japan over the past 25 years. He is represented in the collections of the National Gallery of Canada, the Art Gallery of Ontario, the Belkin Art Gallery, the Schwartz Collection at Harvard Business School as well as many private collections. His work deals with memory, identity, technology and their representations in various media including drawing, animation and recently painting. stephenandrewsartist.com

Nadia Belerique is an award-winning visual artist living and working in Toronto. Primarily invested in questions around materiality and dematerialization through the illusion of photographs, her image-based works are often interrupted by sculptural objects. She received her MFA from the University of Guelph, and has recently exhibited at such venues as Daniel Faria Gallery, XPACE, The Drake Hotel, Diaz Contemporary and Gallery TPW in Toronto. She has an upcoming show at 221A in Vancouver. nadiabelerique.com

Diane Borsato has established an international reputation for her social and interventionist practices, performance, video, photography, and sculpture. She was twice nominated for the Sobey Art Award and was winner of the Victor Martyn-Lynch Staunton Award for her work in the Inter-Arts category from the Canada Council for the Arts. dianeborsato.net

Chris Curreri is a Canadian artist who works with film, photography and sculpture. His work is premised on the idea that things in the world are not defined by essential properties, but rather by the actual relationships that we establish with them. Recent exhibitions include: Medusa at Daniel Faria Gallery, Toronto (2013); Surplus Authors at the Witte de With, Rotterdam (2012). He holds an MFA from the Milton Avery Graduate School for the Arts at Bard College. chriscurreri.com

Marisa Hoicka is a multi-media and performance artist who creates video, installations and paintings. Hoicka’s “This is Not a Test” was shown on all Air Canada flights as part of the Images Festival’s “Stitches in Time.” In 2016 she received an Emerging Media Artists Grant from the Ontario Arts Council. She has a Master of Digital Media from Ryerson University and a BFA in Studio Arts from Concordia University. Her video work is distributed by Vtape. marisahoicka.com

Johanna Householder has been making performances and other artwork in Canada since the late 70s. She was a member of the notorious satirical feminist performance ensemble The Clichettes, who performed across Canada and the US under variable circumstances throughout the 1980s. She is keenly interested in the histories of performance, re-performance, and the effect that performance has had in contemporary art and new media.

Jean-Paul Kelly is an artist exploring the relationship between materiality and perception. The videos, drawings, and photographs that Kelly makes pose questions about the limits of representation by examining complex associations between found photographs, videos, and sounds from documentaries, photojournalism, and online media streams. He was a resident at the Delfina Foundation (London) in 2015. jeanpaulkelly.com

Bridget Moser is a Toronto-based performance and video artist whose work is suspended between prop comedy, experimental theatre, performance art, absurd literature, existential anxiety and intuitive dance. She has presented projects throughout the US and Europe, and has been a resident artist at The Banff Centre and at Fondazione Antonio Ratti in Como, Italy. Moser is a 2015 recipient of the William and Meredith Saunderson Prizes for Emerging Artists. bridgetmoser.com

Jon Sasaki creates multidisciplinary art that brings performance, video, object and installation into a framework where expectation and outcome never align, generating a simultaneous sense of pathos and fun. Sasaki holds a BFA from Mount Allison University and was an active member of Toronto/Vancouver–based collective Instant Coffee from 2002 to 2007. jonsasaki.com

Walter Scott is an artist from Kahnawake whose comics Wendy follow a “fictional narrative of a young woman living in an urban centre, whose dreams of contemporary art stardom are perpetually derailed by the temptations of punk music, drugs, alcohol, parties, and boys.” Alongside this work, Walter has maintained a practice that involves printmaking and sculpture. A series of this latter work was recently shown at Macauley and Co. Fine Art in Vancouver. wwalterscott.com

Jim Verburg is a Dutch/Canadian artist currently based in Toronto. Recent solo exhibitions include What is Missing / What is Seen (widmertheodoridis (Zurich) at VOLTA NY 2015, New York City), and What is Missing / What is Seen Light Becomes Form, The Horizon Rests Into View at the Texas Contemporary Art Fair (2015, Houston). He holds a Bachelor of Fine Arts with a major in Photography from Concordia University, and is a recent recipient of the Research and Creation Grant to Visual Artists, Canada Council for the Arts (2015). jimverburg.squarespace.com

ABOUT TORONTO DANCE THEATRE
Toronto Dance Theatre is one of Canada’s leading arts organizations, recognized for the intelligent vision of its choreography, the beauty of its productions and the exceptional artistry of its dancers. Founded in 1968 by Peter Randazzo, Patricia Beatty and David Earle, and under the artistic direction of Christopher House since 1994, TDT has produced a remarkable body of original Canadian choreography.

Christopher House is one of Canada’s “most enduringly inventive choreographers” (National Post). His works are acclaimed for their movement invention, musicality and deft handling of multiple layers of meaning. TDT’s dancers are passionate artists who play an essential role in the creative process, celebrated for their physicality, imaginative daring, and sensitive, playful ensemble work.