• Get a free Spotify playlist of Summerstage 2016 artists

The SummerStage season kicks off with a bang and a free concert from jazz luminaries to set the summer off in style. On June 4, you'll be able to take in one of the foremost names in the jazz world in sunny Central Park. 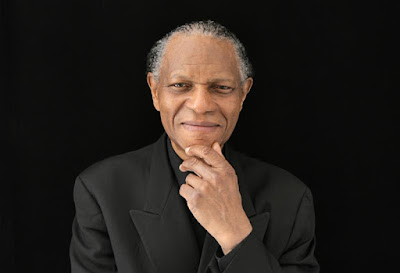 McCoy Tyner Quartet
McCoy Tyner's blues-based piano style, replete with sophisticated chords and an explosively percussive left hand has transcended conventional styles to become one of the most identifiable sounds in improvised music. His harmonic contributions and dramatic rhythmic devices form the vocabulary of a majority of jazz pianists. At 17 he began a career-changing relationship with Miles Davis' sideman saxophonist John Coltrane. Tyner joined Coltrane for the classic album My Favorite Things (1960), and remained at the core of what became one of the most seminal groups in jazz history, The John Coltrane Quartet. Tyner's name was propelled to international renown, as he developed a new vocabulary that transcended the piano styles of the time, providing a unique harmonic underpinning and rhythmic charge essential to the group's sound. After over five years with Coltrane's quartet, Tyner left the group to explore his destiny as a composer and bandleader. His 1972 Grammy-award nominated album Sahara, broke new ground by the sounds and rhythms of Africa. He has since released nearly 80 albums, been awarded Jazz Master from the National Endowment for the Arts, and has earned four Grammys.

Ron Carter
Ron Carter is among the most original, prolific, and influential bassists in jazz. With more than 2,000 albums to his credit, he has recorded with many of music's greats: Tommy Flanagan, Gil Evans, Lena Horne, Bill Evans, B.B. King, the Kronos Quartet, Dexter Gordon, Wes Montgomery, and Bobby Timmons. After touring in the early 1960s, he became a member of the classic and acclaimed Miles Davis Quintet. Currently, after 18 years on the faculty of the Music Department of The City College of New York, he is now a Distinguished Professor Emeritus. In addition to teaching, arranging music, lecturing, conducting, and writing two books, Carter remains as active as ever as a performer. Carter is a two-time Grammy winner and has been named Outstanding Bassist of the Decade by the Detroit News, Jazz Bassist of the Year by DownBeat, and Most Valuable Player by the National Academy of Recording Arts and Sciences. Other distinctions include two honorary doctorates from the New England Conservatory of Music and the Manhattan School of Music, France's Commander of the Order of Arts and Letters medallion and title, and he was named the 2002 recipient of the prestigious Hutchison Award from the Eastman School at the University of Rochester. 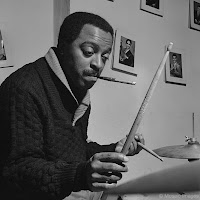 Roy Haynes
Roy Haynes is the pulse of legendary jazz. For over 50 years Roy Haynes has influenced and innovated, shaping some of the greatest recordings in jazz while his joyous drumming with the legends of the genre altered the very fabric and direction of jazz improvisation. Louis Armstrong. Lester Young. Charlie Parker. Thelonious Monk. Sarah Vaughan. Miles Davis. John Coltrane. Dizzy Gillespie. Bud Powell. Ella Fitzgerald. Stan Getz. Chick Corea. Pat Metheny. The list goes on and on as does Roy's unflagging energy and marvelous invention. With his latest group of 20-something cohorts, Roy sends his "Hard Swing" to a timeless place. Haynes elevates the performances of his FOUNTAIN OF YOUTH BAND matching fire stroke for fire stroke, thrill for thrill, a tremendous give and take between the generations fueled by masterful musicianship and youthful abandon.