This is a "Best Of' compilation from Eric Anders, a native of San Francisco. The songs are culled from several different releases - and it's a nice introduction to the work of this artist if you're not yet familiar - but there's a sense of cohesion and consistency to Eric's musical output that doesn't make it feel like a jumble sale of songs.

Eric's songs So Wrong was used in feature film, Man in the Chair and Big World Abide was used in the TV Show "Dirt," starring Courtney Cox. 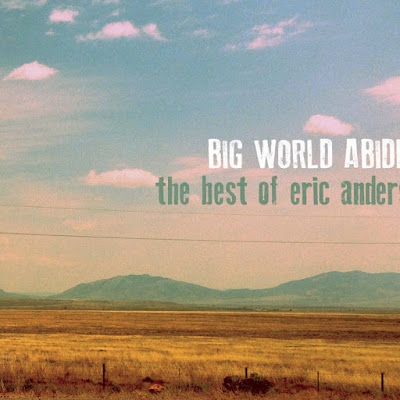 It begins with the sombre Tethered to the Ground, a track that has a classic vibe in a folk vein. The pared down instrumentation and anthemic melody highlight Eric Anders' slightly raspy, romantically breathy tenor. His vocals have a sensitive sense of expression and a nice range that really carry the music.

A nice, crisp drum line adds impetus to the moody title song, Big World Abide. He pays as much attention to the lyrics as to the music and thoughtful arrangement with a poetic mix of cleverness and poignancy that matches the feel of the track.

God's got a list, he's checking it twice;
Heaven's the gift for those who are nice.

Eric Anders got into writing and recording songs late in life and then tried to make up for lost time by releasing four critically acclaimed CDs in four years: Not At One (2003), Songs For Wayward Days (2004), More Regrets (2005) and Tethered to the Ground (2006). Jeff Peters, who mixed four of Eric's releases, remastered the songs compiled for this 2016 release, Big World Abide: The Best of Eric Anders. 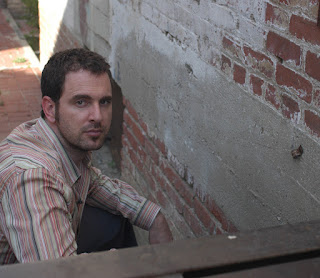 Big World Abide is a full length CD and the songs range from folk to country/rock within a familiar range but played and sung with a conviction you can hear in the recording. The mood ranges from plaintive to driving to bluesy, with each track offering something a little different.

Remembering On My Own is a highlight, a song with flashes of Indian strings and tabla underneath the folk-rock melody and guitar. It's gives the track an intriguing kind of texture. His vocals are soft on an acoustic version of the Violent Femmes' hit Blister In The Sun in a retake that you don't recognize at first. He mines the song for the romance of the words in a version that likely won't please fans of the original - but then again, it's not meant to be compared. Some tracks, like Genocide and Justice, are politically aware.

This is the best of the singer-songwriter genre, lit up by a laid back energy (if that can be a thing) and Eric's voice.

Eric is currently working on his next release with Mark O'Bitz and Matt Brown.