Time Slow Down is the first full-length release from indie artist Tod Hughes. It's an upbeat collection of songs from a veteran of Calgary's music circuit.

Time Slow Down, the title track, is a rollicking song with a roots country energy. Tod has a storyteller's sensibility and the song features back up singers for a good vocal mix that matches the sunny vibe of the tune. 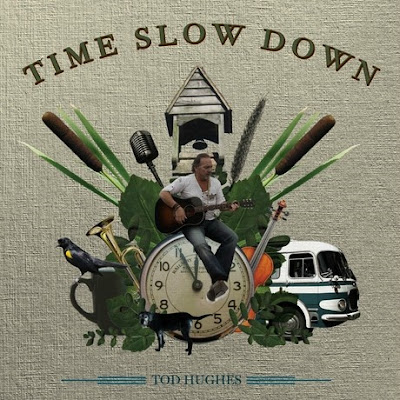 One of a Kind turns to a groovier rock mode with a melodic hook. The music has a nice sense of momentum that swings through various genres from country to roots to guitar rock, with a little fiddle thrown into the mix just for fun. 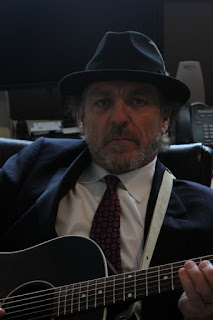 but I'm feeling insecure now
do I go or stay
where do we go from here now...?

Each song is a story, a scenario, from the working man in the infectious rocker Coming Home To You to the Dylanesque Real You And Me, with its rootsy swing and lyrics to match.

Nothing Too Obscure veers between pop, folk and - as the lyrics themselves say - a wanna be country song. It's the musical terrain occupied by most of this release. Drinking Coffee In a Hipster Place is the notable excpetion, featuring a jazzy trumpet line and beat-esque delivery in his raspy voice.

A native of Winnipeg, Tod is active in Calgary's live music scene and often lends his talents to supporting various charities, including helping to raise funds for education in developing countries, micro-finance and the recent refugee crisis in Syria.

Time Slow Down follows his EP, Changing Gears, and is available on CD, vinyl or MP3 download.