Púbol is a small town in the municipality of La Pera, in the comarca of Baix Empordà, in the province of Girona, Catalonia, Spain. A beautiful village with its medieval charms intact, it was home to Salvador Dalí and is now home to the castle where he lived. You can absorb the gorgeous Catalonian countryside as you take in an exhibition that looks at Dalí's ties to the world of theatre.

Concept and content
With the Dalí, Shakespeare, Visconti exhibition, which delves into Salvador Dalí’s relationship with the performing arts, we have sought to take part in the commemoration of the 400th anniversary of the death of William Shakespeare and, at the same time, we wanted to remember an important moment in the history of western theatre.

Dalí, Shakespeare and Visconti
As you like it is a pastoral comedy by William Shakespeare written between 1599 and 1600. In 1948, the Italian director Luchino Visconti decided to stage a production of the play and sought the collaboration of Salvador Dalí to give the project greater visibility. Dalí was commissioned to create the set design, which also involved a young Franco Zeffirelli as art director, and also the costume design. 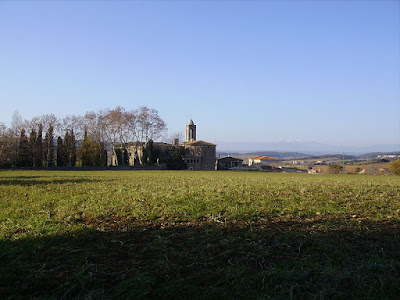 Historical context
In July 1948 Salvador Dalí returned to Portlligat after eight years of exile in the United States to escape the war. The artist announced his desire to rediscover Italian classicism. In Venice, in front of the basilica of Santa Maria della Salute, he noticed a stone hemisphere surrounded by four rectangles. For Dalí, it was the confirmation that he was on the right path towards his work assuming the logic of classical perfection. Later he travelled to Rome, where he met Luchino Visconti. The director had finished La terra trema, a film commissioned by the Italian Communist Party. Afterwards, he presented the project Rosalinda o Come vi piace as “an uncomplicated show, a game, musical entertainment that evokes calm thoughts. [...] Then came Dalí. I was looking for an eccentric stage designer, a wizard”. With this commission, Dalí immersed himself for a month with total freedom to create the set design and costumes.

Set & costume design
Visconti wanted his theatre to be the expression of a visual fact. Dalí decided to attract attention by creating a structure that would frame the stage. This frame was the geometric motif the artist had seen on the basilica of Santa Maria della Salute in Venice. In addition, he also gave precise instructions for the lighting.

The costumes were made by Eva Mangili Palmer. Dalí himself referred to them in the text Bonjour! that was included in the programme: “my costumes are morphological and, in order to better serve my audience, they are even prophetic”. 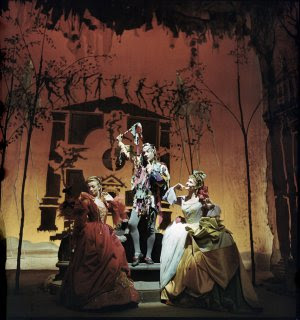 Areas of the exhibition
In this year’s temporary exhibition at Púbol Castle there are three original works by Salvador Dalí on display: the drawing Elephant with obelisk from c. 1946, the oil painting Project for ‘Romeo and Juliet’ from 1942, and the wash drawing Study for the set of ‘Romeo and Juliet’ from 1942 (this last work is on display in the Castle library), 29 photographs taken by different authors, including Pasquale de Antonis and Tommaso Vasari, and seven documents. The two works from 1942 are not linked to Dalí and Visconti’s project, but they do complete the homage to Shakespeare on the 400th anniversary of his death.

The seven documents in the display case are: one copy of the luxury edition of the programme from 1948, two period leaflets about the play, a photocopy of a handwritten letter from Dalí giving Visconti instructions about the staging, and three specialised theatre magazines which covered the premiere. There is also a screen showing an audiovisual of the programme’s pages being turned one by one. In the middle of the room a sofa has been placed to serve as seating and as a screen. Projected onto it is an excerpt from the television series Per Luchino Visconti broadcast by Rai 3 in 1987, in which the actors Vittorio Gassman and Marcello Mastroianni relate anecdotes about 1948.

The production company DocDoc Films is responsible for these two projections. 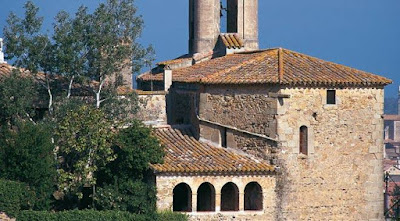 Staging
The staging of the exhibition was designed by Pep Canaleta from 3carme33 and the graphic design is by Alex Gifreu. Through the use of special lighting in the rooms, all the walls are washed in a faded red that reminds us of one of Dalí’s set designs. The aim was to add a theatrical effect to the staging of the exhibition. The red colour is inspired by Salvador Dalí’s Project for ‘As you like it’ from 1948. The display case has been designed to look like an old stage. And, finally, the button-tufted white sofa in the centre of the room is reminiscent of the ‘sheep couch’.

Catalogue
The catalogue includes texts by Salvador Dalí and Luchino Visconti, with an introduction by Montse Aguer, director of the Dalí Museums, and an article by Lucia Moni, CED coordinator and curator of the exhibition. The catalogue was coordinated by Rosa Maria Maurell, from the Centre for Dalinian Studies.

Púbol
Púbol is a village with medieval flavour. Its Sant Pere Church (14th century) is an outstanding monument. This church was one of the richest in the region until the Civil War, when its treasures were destroyed, with the exception of the 15th century Gothic altarpiece by Bernat Martorell, now kept at the Girona Diocesan Museum. References to the Castle-Palace go back as far as 1017.

This Gothic-Renaissance fortress has undergone numerous transformations. In 1968 Salvador Dalí bought it and gave it to his wife Gala as a gift. With restoration work that lasted throughout a year, Dalí changed the castle's appearance almost completely, furnishing it with pieces from antique dealers in the region. He decorated the garden with elephants with huge feet, and he built a swimming pool with busts of Richard Wagner. In 1982, Gala was buried in the palace and it opened to the public in 1996. Inside you can see the paintings and drawings that Dalí gave his wife.

Hotel Pick
Las Moradas del Unicornio
Bed & Breakfast
Address: Plaza de Púbol, 17120 Púbol, Girona, Spain
Phone:+34 972 48 88 19
Very well reviewed, this bed & breakfast offers a taste of the area's characteristic Romanesque charms - cut stone on the outside and a lavish sense of decor inside. Outside the Hotel features a pool to cool off in, surrounded by a lush garden. Indoors you'll find a warm palette of colour with lots of natural hardwoood, including an enchanting library.