Dusk Dances Hamilton
We are thrilled to have the incredible visual and sound artist Dave Gould kick off the festivities at Dusk Dances Hamilton July 28-30, 7pm nightly at Bayfront Park! Dave's sound can be described as Experimental mixed with Urban Folk...check out his music at the link.

Join us before the show at 6 pm for free dance workshops. The festival kicks off nightly at 7:00pm with a musical performance by Dave Gould, who will be joined Hammer City Samba and Michel De Quevedo to delight audiences with a fusion of Afro-Brazilian Beat and Latin influenced folk music. From there, our incomparable host, Nina Gilmour will lead you through the park on an unforgettable dance journey . 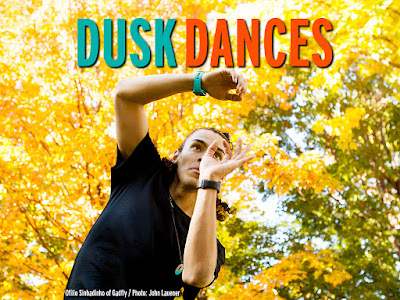 Each performance of the weeklong Festival features four 10-minute pieces that move the audience throughout the park, plus, following last year’s new tradition, a final 25-minute work—on evenings only. Each presentation is hosted by Allegra Charleston (Susie Burpee), and begins with a free outdoor Nia movement class with master teacher
Martha Randall, accompanied live by musical act DoubleTooth.

THE PLACE IN BETWEEN
LA OTRA ORILLA
CHOREOGRAPHED BY MYRIAM ALLARD
Performed by Myriam Allard and Hedi Graja
Montreal-based La Otra Orilla, founded by choreographer and dancer Myriam Allard, and singer Hedi Graja, present an all-out choreographic exploration for three performers: a dancer, a singer, and a bata de cola; the long flamenco skirt which transforms movement and gives rise to another body.
A Dusk Dances World Premiere.

THIS IS HOW WE LOVE
CHOREOGRAPHED BY SUSIE BURPEE
Performed by Sylvie Bouchard and Brendan Wyatt
Music: Ogives I II III and IV by Erik Satie, performed and recorded by Eve Egoyan
Dora-Award winning choreographer and performer, Susie Burpee asks “What does love feel like?” The audience is asked this question as the dance begins, and their responses play a key role in bringing the duet to life. Quirky, passionate, and never the same from night to night, this duet is a game of love. A Dusk Dances World Premiere. 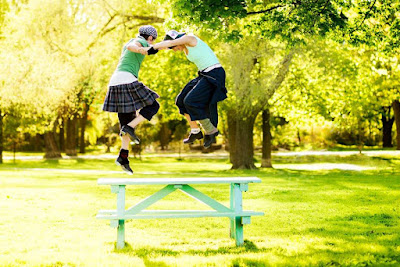