on July 24, 2016
Jazz Musician & Composer Ivan Mazuze
Straddling the globe with a saxophone

I had the opportunity to hear Ivan Mazuze play recently at the Hamilton World Music Festival and hang with him for a couple of days in the sun.

In performance, he was loose and fluid with only two short rehearsals with his backup band (the stellar Jay Danley Ethio Jazz Project of Toronto) and in spite of a couple of glitches with the sound system. In a panel discussion I was fortunate enough to be a part of, he was eloquent and articulate on the art of juggling African and Nordic jazz and his roles as a musician and ambassador for Norwegian music.
About Ivan
Ivan began his musical studies in Mozambique at the National Music School in 1987 with piano as first instrument. After 8 years of classical piano training Mazuze joined the woodwind section of the same school with a focus on improvisation. After finishing the basic elementary music school, Mazuze continued his studies at the Department of Jazz and Ethnomusicology at the University of Cape Town.

Ivan has performed with a wide variety of South African and Mozambica artists, including Tucan Tucan, Mingas, Bill Prince, Wazimbo, Jimmy Dludlu, Loading Zone and many others.
He is currently music instructor (woodwind instruments) for Oslo - Music and Cultural School in Norway and contributing artistic mentor for the International Jazz Day celebrations in Oslo, Norway. Since 2015 Mazuze seats as a board member national and international folk music, joik and folk dance, Rikscenen - Norway.

Additionally Mazuze was the driving force behind the implementation of the International Jazz Day in his home country, Mozambique with its very first edition in 2015. More recently, Mazuze is the musical leader together with Unni Løvlid for the program Talent 2016 at the Førdefestivalen in Norway.

The CDs
I decided to check out his three releases to get a better grip on his music. Ivan writes the majority of the material on his CDs, with a few co-written songs in each album. 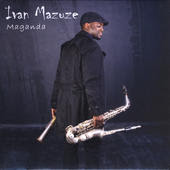 MAGANDA (2009)
Recorded in South Africa in 2008, Maganda is Ivan's first full length release - and the word Maganda is his traditional name. In it, he seamlessly draws from traditional Mozambican musical genres like maskandi and marrabenta along with Western and Latin jazz idioms, offering textural complexity along with a driving groove.

The release is characterized by standard jazz idioms with a lively energy, with Ivan's fluid sax singing above it all. There's a nicely lush sense of instrumentation, including prominent keyboards on some tracks, liquid gold jazz guitar and a busy drummer. The release features titles in Mozambican languages, Portuguese and English and some tracks include vocals African style female chorus. Piece of Peace - the only song that uses Western jazz idioms/melody - features male and female vocals and philosophical lyrics. In Going Home, Ivan picks up the flute in a plaintive melody against Southern African rhythms.

It's a very accomplished first release in the African jazz canon. 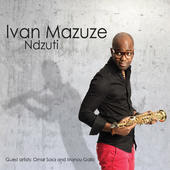 NDZUTI (2012)
Released in 2012 after he got to Norway, in Ndzuti Ivan's music takes on a variety of global influences with the addition of Cuban pianist Omar Sosa and Ivoirian vocalist Manou Gallo. Also prominent is percussionist Sidiki Camara of Mali in a kind of Pan-African contingent with Cuban vibes.

The music is much more global in feel from the very first track. Ivan's skills on the flute are more in evidence on this release. He plays flute, soprano and tenor sax and sings - it's a dizzying, kinetic whirl of music.

In Celina, the sax takes the vocal line against a syncopated polyrhythm. Pé Descalço is a track that occupies a more Western jazz mode, with the lyrics sung in Portuguese. Ivan's sax goes from a clear, golden tone to throaty and sexy, often trading back and forth with Manou's vocals. The Cuban influence is especially evident on Ritmo de la Vida, a lush, melodic track.

Ndzuti means "shadow" in Xichangana, an ancient Mozambican language, a title he feels reflects his heritage set against a modern perspective. As a whole, the release reveals a more developed personal style that reaches beyond his own influences with stylish results. 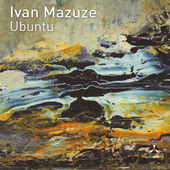 UBUNTU - 2015
Recorded in Norway, in this release Ivan's style takes on another influence - Norwegian or Nordic jazz. There's more of an emphasis on his virtuoso playing in a range of contexts.

Inta Mutlhangela is the languid first track, a favourite of mine. The CD feature distinctly Southern African influences in tracks like the title Ubuntu. Celebration features the West African balafone played by Sidiki Camara (of Mali,) beginning with a chant and West African polyrhythms, Ivan's sax floating above the layers of sonic texture.

In this release, the compositions and song structures are more complex, attuned to the contemporary jazz scene and featuring superb jazz percussion by Frank Paco. Water is a stand out track with a trippy vibe reminiscent of... water, Ivan's sax fluid and the melody pensive. The track takes a turn around the avant garde and comes back into lush melody.

Ivan has the confidence of a runner who can go at top speed if necessary but who knows the value of superb phrasing and tone.

He also appears on JazzCD.no – 7th set – a compilation of jazz from Norway 2016 produced by Norsk Jazzforum in close cooperation with The Norwegian Ministry of Foreign Affairs and Music Norway.

From his recent appearance at the Hamilton World Music Festival on July 17, 2016: