It's been out for several months, but I just found The Windsor Effect, the latest release from Vancouver rockers Waiting for Sunday in my inbox recently. Better late than never applies in the case of this full length album of polished material.

Waiting for Sunday is producer and drummer Colin Everall, singer Dan Hudson, bassist Mircea Tracke and lead guitarist Matt Gauld. The 12 tracks on the CD offer a variety of styles and themes, as befits these veteran rockers. It's the follow to their 2011 debut, "The Courage, The Strength, The Wisdom & Doubt". 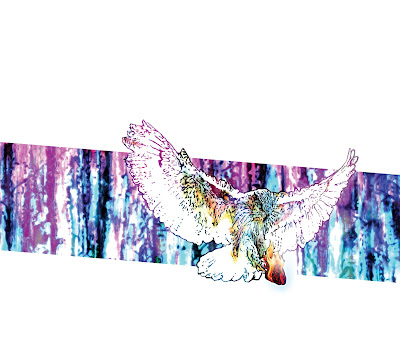 Last Call for Safety is a hook laden track of energetic straight ahead rock that is tight and accomplished. Dan's vocals are distinctive and expressive with a subtle kind of raspy edge. They are put to good use on tracks like The Love is Gone, a slow, bluesy song and a stand out track on the album.

The songs range goes through a number of moods and likewise, the lyrics cover a range of ideas from the usual romantic themes and rock out songs like Pebbles Become Stones to the liberation of Long Live the Strong, a heavier rock song where Dan's voice carries the mode well.

Long Live... is contrasted by Wanted, a melodic song in a softer mode - almost Beatle-esque - that has orchestral moments and a nicely complementary female backup vocalist. Borderline is texturally complex with an intriguing rhythm. Chasing Youth is (appropriately) bluesy while Seasons Are Dire slips into a bittersweet acoustic love song. My Scripture features - as you'd expect - an appropriately blues/gospel sound made edgy by Dan's distinctive vocal style

There's something different in each song and while the sonic terrain may be familiar overall, the band manages to make the sound their own.

Watch the music video for "The Love Is Gone", directed by Colin Everall. The video has received multiple accolades, including