TORONTO, ON — The 41st Toronto International Film Festival® shines its spotlight on eight fearless features from the city of Lagos, Nigeria, for the eighth edition of the City to City programme. The lineup showcases gutsy new works by contemporary directors living and working in one of the world’s biggest film industries.
“Hundreds of films are made every year in Lagos for a voracious audience around the world. Our City to City spotlight brings some of Nollywood's most popular filmmakers together with new voices who are introducing an alternative, indie spirit to Nigerian cinema,” said Cameron Bailey, Artistic Director of the Toronto International Film Festival. “We're excited to share this unprecedented showcase of talent from Lagos with our Toronto audience.”

City to City showcases filmmakers living and working in a selected city, regardless of where their films are set. Cities featured in past programmes include London, Seoul, Athens, Mumbai, Buenos Aires, Istanbul and Tel Aviv.

“Over the past six years the Rising Stars talent accelerator has blossomed, and it’s timely for us to shine an even wider spotlight on acting talent by embracing international actors,” said Kathleen Drumm, Director, Industry. “The Nigerian actors are a welcome addition and a natural evolution of what the programme aims to achieve.”

Two TIFF Rising Stars, OC Ukeje and Somkele Iyamah-Idhalama, will take part in a series of specialized programming, seminars and workshops at the Festival, organized by TIFF’s Industry team.

Somkele Iyamah-Idhalama
Somkele Iyamah-Idhalama is an actor, model, and fashion executive based in Lagos. A graduate of McMaster University in Hamilton, Ontario, she made her onscreen debut in the television series The Island. Her first leading role was in the television series Gidi Up. Recent projects include Steve Gukas’ 93 Days (2016), Niyi Akinmolayan’s The Arbitration (2016), and Kemi Adetiba’s The Wedding Party (2016), which will all screen at the Festival.

Films screening as part of the City to City programme include: 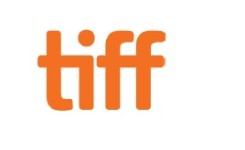 The Arbitration Niyi Akinmolayan, Nigeria; International Premiere
An arbitration must deal with the messy corporate entanglements of a workplace affair that led to a possible rape in the fast-paced world of the Nigerian technology space. Starring TIFF Rising Stars OC Ukeje and Somkele Iyamah-Idhalama, Adesua Etomi, Iretiola Doyle, and Sola Fosudo.

Green White Green Abba Makama, Nigeria; World Premiere
A coming of age story about three young boys, from Nigeria's major ethnic groups, on an adventure to make a short film inspired by the history of Nigeria. They embark on a roller coaster ride that will eventually lead them towards their individual paths to self-discovery.

Just Not Married Uduak-Obong Patrick, Nigeria; International Premiere
In this caper comedy thriller, a bright but broke undergrad striving to escape the slums gets in over his head when his modest criminal enterprise goes a bit too far when he and his friends resort to stealing cars under the guise of being married.

Okafor's Law Omoni Oboli, Nigeria; World Premiere
Chuks is a firm believer in Okafor's Law which states that once a man has had a woman, he forever has access to her. Challenged by his friends to prove the validity of the law in 21 days, past girlfriends Ify, Kemi and Ejiro are brought back into his life.

Oko Ashewo (Taxi Driver) Daniel Emeke Oriahi, Nigeria; North American Premiere
Adigun, a struggling village mechanic, accepts an invitation from Taiwo, his late father's best friend, to take over his father's now vacant position as a taxi driver alongside him. Adigun, now tackling life in the heart of Lagos, is completely oblivious of the wheels that his mere arrival has inextricably set in motion.

City to City opening night film:
The Wedding Party Kemi Adetiba, Nigeria; World Premiere
Everyone knows that there ain't no party like a Nigerian wedding party… Especially when you throw in an insecure virgin bride, a reformed playboy groom, two overbearing mothers who can't stand each other, one philandering husband, a high strung wedding planner, the invasion of unruly village gate-crashers, a thief on the loose, a best man with a flash-drive full of secrets, a sexy ex with vengeance on her mind, two loyal bridesmaids ready to go to war, and a brother seeking his father’s approval. It is a hilarious melting pot of potential disaster. 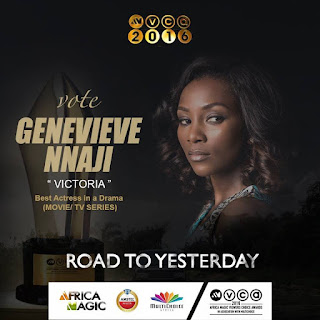 Following in the footsteps of his father, the beloved actor-producer-director Ade Love, Afolayan garnered accolades out of the gate with his directorial debut, The Figurine (2009), and continues to innovate as a cinematic storyteller and industry heavyweight. Afolayan has elevated the standards and ambitions of Nigerian cinema over the past decade; from shooting on 35mm instead of digital cameras, to devising elaborate release strategies for his films, including his most recent venture, The CEO (2016), which took place on an Air France flight from Lagos to Paris.

Celebrated as the leading lady of Nollywood and the face of African cinema, Nnaji began her career as a child on the popular soap opera Ripples and has since received multiple awards for her work in films such as Ijé: The Journey (2010), Half of a Yellow Sun (2013) and Road to Yesterday (2015). A producer and media entrepreneur, Nnaji is also a singer and released her first album, One Logologo Line, in 2004.

The Toronto International Film Festival is generously supported by Lead Sponsor Bell, Major Sponsors RBC, L’Oréal Paris and Visa, and Major Supporters the Government of Ontario, Telefilm Canada and the City of Toronto.