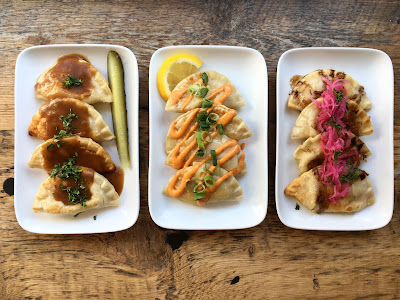 Warsaw born brothers Paul and Konrad Obara opened the doors to the first brick and mortar location of The Saucy Pierogi (TSP) last year, after touring the GTA’s festival circuit as a pop up restaurant since 2013.  “After nearly one year of operations we are excited to introduce our revamped menu which includes several new traditional Polish dishes along with new premium filling pierogi,” says Konrad Obara. 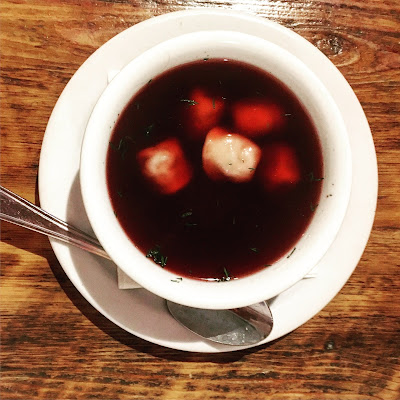 The Saucy Pierogi’s new menu features 3 premium new-school Polish dumplings filled with braised beef shank, rock crab, and duck.  Other additions to their sophomore menu include some Eastern European favorites such as Beef goulash served over a potato pancake, their rendition of barszcz soup which includes house-made uszka (polish style tortellini) in a rich beet broth, and the star entree Kopytka - braised duck over Polish-style gnocchi. 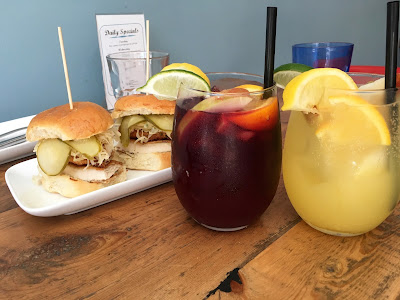 Alongside the new items, the menu will feature TSP staples such as the cheddar potato pierogi served with cheddar beer sauce, sour cream and bacon, and their famous schnitzel sliders which Toronto foodies rave about.  All menu items are made in house including the pierogi which are hand-made in the restaurant production space.  The cuisine very much derives from traditional Polish culinary techniques, mixed with bold new flavour combinations. 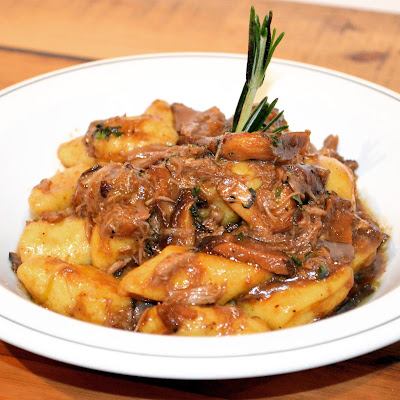 The Saucy Pierogi is pleased to continue to bring the concept of ‘Pierogarnia’ to Toronto, with menu innovations led by customer demand. In addition to the expanding menu selections, the Dundas West restaurant continues to build an Ontario-centric craft beer and cider menu, an assortment of Polish beers, frozen vodkas, and seasonal cocktails to accompany a value-driven menu for pierogi lovers.
eastern european restaurants restaurant news toronto restaurants