Issuing a retrospective collection can be an ego-stroking exercise, or a creative take on an artist's existing catalogue. For Jim Peterik, to say the catalogue is extensive is to make a gross understatement. 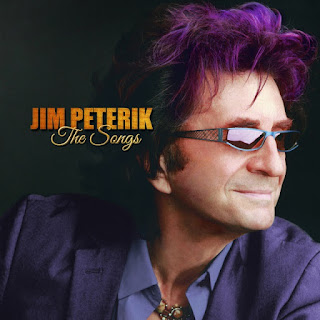 You may not know the name, but you've surely heard the music of  James Michael - Jim - Peterik, co-writer of that perennial anthem, Eye of the Tiger. He's also co-written songs for a range of artists that include 38 Special, Lynyrd Skynyrd, Blackhawk, Cheap Trick, Sammy Hagar, Cathy Richardson, Van Zant, Brian Wilson, REO Speedwagon, and the Beach Boys.

Producer Fred Mollin (Jimmy Webb, America, Kris Kristofferson) helped to choose eleven of the biggest tunes to rework and re-imagine. It's something that could, in lesser hands, have become something of a gimmick. Here, it's a second look at well known songs to find their emotional heart, and it's an approach that works.

Vehicle - the Ides of March smash hit from the 1970s that Jim sang and wrote - is stripped down to electric piano, lead guitar and voice, striking at the impassioned plea that drives the song. The vocals and phrasing are spot on, and under the spotlight in acoustic arrangements that leave Jim's voice front and centre. Is This Love? is slowed down to an ballad with acoustic and slide guitar. Eye Of The Tiger - that arena rock hit that is still a fave at sports events - is nearly unrecognizable in a bluegrass version with fiddles and mandolin, complete with a swell of voices on the chorus.

Caught Up In You, featuring an interesting treatment with a George Martin-esque orchestral string arrangement, is a real highlight, turning the definitely 80's pop/rock Top 40 hit into a timeless track. Heavy Metal as an acoustic blues song with a gutsy harmonica track and raspy vocals is another stand out.

Other tracks include L.A. Goodbye as a piano ballad, Hold On Loosely in a slightly twangy acoustic country mode, and two new tracks penned by Peterik, Miracle At Ground Zero and The Same Muse. He's used some of Nashville's top session musicians to flesh out the album - all cut live. 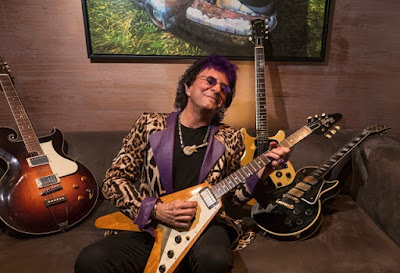 A long career in the music business is enviable, but it's also something of a challenge. The more popular your songs become, the more you have to play them...over and over. A re-creation as imaginative as this adds new life and longevity to long familiar tunes.

On top of the "The Songs" album, Jim has just released "We All Bleed Red", a track inspired by 2016 Orlando Nightclub shooting. After the mass shooting at the Pulse Nightclub in Orlando, Jim Peterik was inspired to write and release “We All Bleed Red,” released exclusively on iTunes. It's a return to Jim's rocky roots.