"New Orleans: The National Culture Park USA 1718" is the opening track of visionary composer and trumpeter Wadada Leo Smith's latest epic collection, the new two-CD America's National Parks out October 14 on Cuneiform Records. Inspired by the country's most stunning landscapes, America's National Parks features Smith's newly expanded Golden Quintet featuring pianist Anthony Davis, bassist John Lindberg and drummer Pheeroan akLaff and cellist Ashley Walters.
The second piece, "Eileen Jackson Southern, 1920-2002: A Literary National Park," takes an even broader view, suggesting that the African-American musicologist, author and founder of the journal The Black Perspective in Music, to which Smith has contributed, should be honored for her efforts to document a musical common ground shared by all Americans. Another piece represents the "Deep and Dark Dreams" of the Mississippi River, which Smith calls "a memorial site which was used as a dumping place for black bodies by hostile forces in Mississippi. I use the word 'dark' to show that these things are buried or hidden, but the body itself doesn't stay hidden; it floats up."

The other three pieces are based on more conventionally recognized national parks: Yellowstone, which became the first place in the world so designated in 1872; Sequoia & Kings Canyon, whose trees Smith marvels at as some of the largest and oldest living things on the planet; and Yosemite, which contains striking glaciers and some of the deepest lakes in the world. 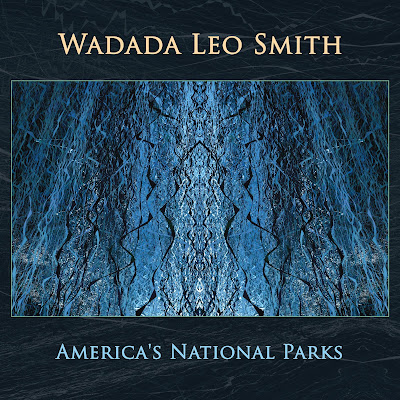 Smith crafts six extended works that explore, confront and question the preserved natural resources that are considered the most hallowed ground in the U.S. - and some that should be. "New Orleans: The National Culture Park" argues that the entire Crescent City deserves to be recognized for its influential contributions to American history and culture.

His 28-page score for America's National Parks was penned for his Golden Quintet, a fresh reconfiguration of the quartet that's been a keystone of his expression for the last 16 years. Pianist Anthony Davis, bassist John Lindberg and drummer Pheeroan akLaff are joined by cellist Ashley Walters, affording the composer and bandleader new melodic and coloristic possibilities. "The cello as a lead voice with the trumpet is magnificent," Smith says, "but when you look at the possibilities for melodic formation with the trumpet, the cello, the piano and the bass, that's paradise for a composer and for a performer. My intent was to prolong or enhance the vitality of the ensemble to live longer."
While these preserved landscapes offer the inspiration of powerful natural beauty, Smith's always open-minded view of the world leads him to find that same inspiration wherever he is. "Every concrete house is from nature," he says. "Every plastic airplane that flies 300 people across the ocean comes out of nature. Every air conditioner conditions a natural piece of air. I think that the human being is constantly enfolded in organic nature and constructed nature, so I'm constantly inspired, inside the house or outside the house."

America's National Parks will be released shortly before Smith's 75th birthday in December. It arrives, coincidentally, in the midst of celebrations for the centennial of the National Park Service, which was created by an act of Congress on August 25, 1916.