• Buy on iTunes
• Stream on Spotify 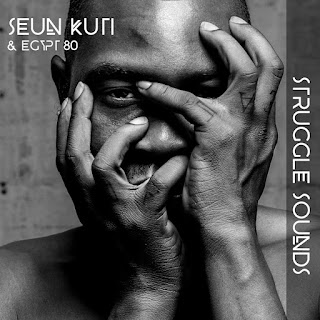 The son of the late Nigerian Afrobeat legend, Fela Kuti, Seun recorded the EP with Egypt 80, his father’s original band. Written by Seun, the three songs on the album “Stuggle Sounds,” “Gimme My Vote Back (C.P.C.D.),” and “African Dreams” have strong social and political messages – a theme that Seun weaves into all of this music.

“More than even we are convinced of our mission and the purpose of our music,” says Seun. “The Struggle Sounds EP is a true reflection of my social and political beliefs. I give honor to my parents and every revolutionary who made this possible even before I was born.”

This November Seun Kuti & Egypt 80 will open on tour for Lauryn Hill. He will headline his own tour – details forthcoming.