Finnish artist Marko von Konow is a classically trained musician and visualist, with both talents on display in his latest single, Cosmic. It's the first single off his upcoming release, Lieder, set for January 2017. 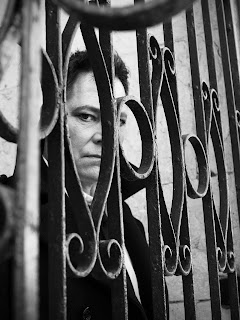 Marko has a sincere tenor that complements a song with a philosohpical bent. The come together in a pop arrangement that has its roots in 90s New Wave classics like Depeche Mode and other synth pop greats. There's an orchestral flair, with shades of glam rock in the mix. Vocals are delivered with cabaret-style theatrical flair and lyrics that cover the highs and lows of short, intimate encounters -- the quintessential hook ups of modern life. It's an approach that creates atmospheric music with a driving beat.

The video takes an artistic approach in black and white, an artistic approach that emphasizes the song's melancholic mood rather tan a specific story line. The solo act is a new phase for Marko von Konow, who divides his time between the cold, arctic light of Helsinki, Finland, and the blazing sun of Alentejo, Portugal.