Tiken is a messianic son of Africa standing out as the spokesman for millions of young African people, joining the lineage of  Peter Tosh and Bob Marley, "the voice for those without voices.“  As the giant of African Reggae, “Racines” is the natural evolution of a man paying homage to the Reggae Greats.
Racines is a tribute to the Reggae classics that Tiken carried with him since his childhood, the ones his big brother used to play on his turntable in his village, close to Odienné in northern Côte d’Ivoire.

Jamaica and Africa are eternally linked together by their music, history, and people, and this album helps continue that link.

The album features 11 covers from Bob Marley to Burning Spear, from Peter Tosh to Buju Banton, along with many guest stars including U-Roy, Max Romeo, Jah9 and Ken Boothe. 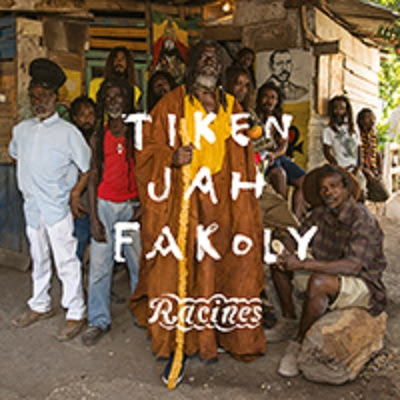 Recorded at the Tuff Gong Studio in Kingston for the riddims with Sly & Robbie, Mikey Chun, Robbie Lyn.