Nigerian-born, US-world citizen Charleston Okafor has never been one to do things predictably. He left Nigeria for the U.S. to study pre-med at Western Kentucky University, but that plan was quickly dashed when MTV reawakened his long held dream of a recording career. He soon left school to pursue his musical vision.
Now, rather than following the typical industry route of following an original release with remixes, he’s putting out the remixes first, in advance of his second album, America (out December 12th on RHOV). Together with Canadian global fusion producer Eccodek (aka Andrew McPherson), Okafor has crafted a record full of organic, live-off-the-floor intensity, groove and sonic texturalism that drives the diverse lyrical themes of life with two passports, love and partnership, the human soul and power and oppression. 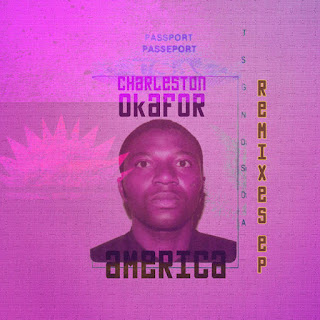 For the preceding remixes (out November 11th), Okafor turned to friends he’s made since embarking on his musical journey. Charleston and Dub Trio founder Joe Tomino go back to the late 90’s reggae club scene in Cleveland (where Okafor has made his home), when their bands gigged at the same clubs and appeared on the same bills; the two even sat in with each other’s groups on occasion. Tomino takes the electro-dancehall raga of “Rama Rama” and stone cold dubs it, slowing the tempo of the original considerably and applying a classic, tripped-out dubplate vibe reminiscent of Lee “Scratch” Perry’s Black Ark days.

Charleston first heard the music of Dubmatix (aka Jesse King) through spinning some of his tracks on African Abstract, the radio show Okafor’s hosted since 1992. As luck would have it, America producer Eccodek knew Dubmatix well and introduced him to Charleston. The result is a chilled out version of “Rama Rama,” with a skipping, reggaefied lilt that will work subtle magic on the dancefloor.

For a remix of the title track, Charleston enlisted the services of long time friends Ray Lugo and Jake Fader of Kokolo Afrobeat Orchestra. The three met in 2006 when Charleston booked Kokolo to play at AfroFest Cleveland, an event of Okafor’s creating. Ray and Jake have since formed their own duo, Los Terrificos. With its jazz funk groove, the original version of “America” is probably the most “American” song on the album. But while Los Terrificos’ Latin-tinged, Afrobeat remix production conjures a more exotic vibe, it also feels right at home in the truly welcoming melting pot that is Okafor’s vision of America. 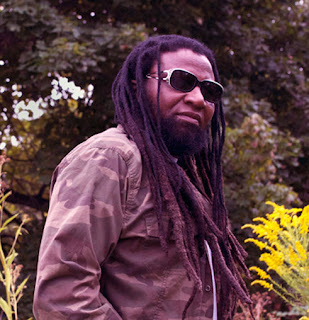 To accompany the release of the remixes and album, Okafor shot a video set to the Dubmatix version of “Rama Rama.” It’s a fitting and poetic completion of the cycle that began when he first encountered MTV, an experience that significantly influenced his life, just as it did the lives of the generation of American kids who grew up with the channel.

With the release of these remixes -- followed closely by the original, America -- Okafor begins a new cycle, one that is as sure to be as unpredictable as it is to see him maintaining a life in music. Fittingly, the U.S., with its culmination of one of the most heated presidential campaigns ever, is also about to begin a new cycle. True to his trademark confidence and good cheer, Charleston has no doubt that, regardless of who’s leading it, his adopted home country will remain what it meant to him since before he first moved here: a beacon of hope. That’s what Charleston Okafor’s America is all about.