Recently released Dino Jag's EP You Make Me Feel So Good is an accomplished release that should establish his reputation internationally. It's full of catchy pop anthems like Two Young Hearts. The lyrics cover well worn romantic territory, but it's his impassioned and expressive delivery that elevates the material, along with imaginative arrangements that never sound like the same old, same old. 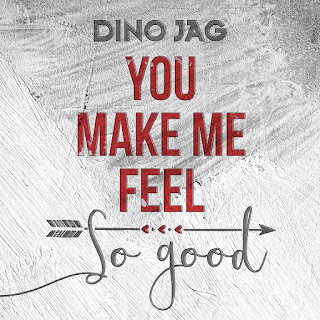 Dino Jag gives us a little bit of everything pop in this EP collection, including a quasi-country-rock turn on You Make Me Feel So Good...one that morphs into a bit of disco on the bridgek. It's the most original of the tracks, and one that feels idiosyncratic. Breakthrough, the title track, is a piano ballad, showcasing a nice upper range to his voice.

This is pop music that looks back to the classic era of the 1970s for its inspiration. Dino gets funky in Nothing But You, with a driving beat that wants to push you out of your seat, and slips into a retro Motown-ish mode for Sweet Summer Smile, where his voice is warm and muscular around the beats.

My Life Is Changed is the ballad of the EP, and again it's his nimble vocals that make the standard inspirational pop song more than the sum of its parts. He's got a nice range as well as control over tone that colours the notes. 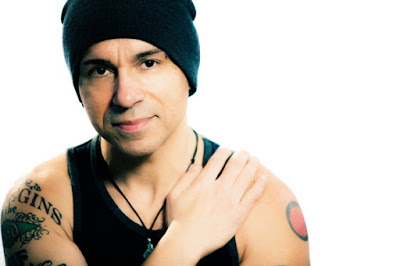 A star in his native South Australia, Dino Jag first hit the music scene more than a decade ago in 2005 with a cover of Play That Funky Music that reached the charts in Australia and Scandinavia. This release is intended to be his definitive foray this side of the globe. It was recorded at the legendary Sunset Sound Studios in Hollywood with Grammy Award Winning Producer Jeff Bova. Back kup musicians include Aaron Sterling (Drums - John Mayer), Corey Britz (Bass - Bush), Tim Pierce (Guitar - Bruce Springsteen), Jeff Bova (Keyboards - Michael Jackson), Carroll Hatchet (Backing Vocals - Bette Midler) & Bernard Fowler (Backing Vocals - The Rolling Stones).