on December 21, 2016
From our friends at Nacional Records in Los Angeles:

This year was a rollercoaster ride! Below are silver linings from some of the amazing artists we are lucky to work with. We look forward to the new year.

With more than ten years under our belts, we are proud to have released albums by amazing artists such as Nortec Collective, Tom Tom Club, Aterciopelados, Alex Anwandter, Ceci Bastida, Systema Solar, El Guincho, Elastic Bond, Los Amigos Invisibles, Ana Tijoux, La Vida Boheme,  Manu Chao, Bomba Estereo, Mexican Institute of Sound. DJ Bitman, DJ Raff, and Jarabe de Palo among many others over the years. We are happy to have accomplished so much in 2016, and here's to an amazing 2017! 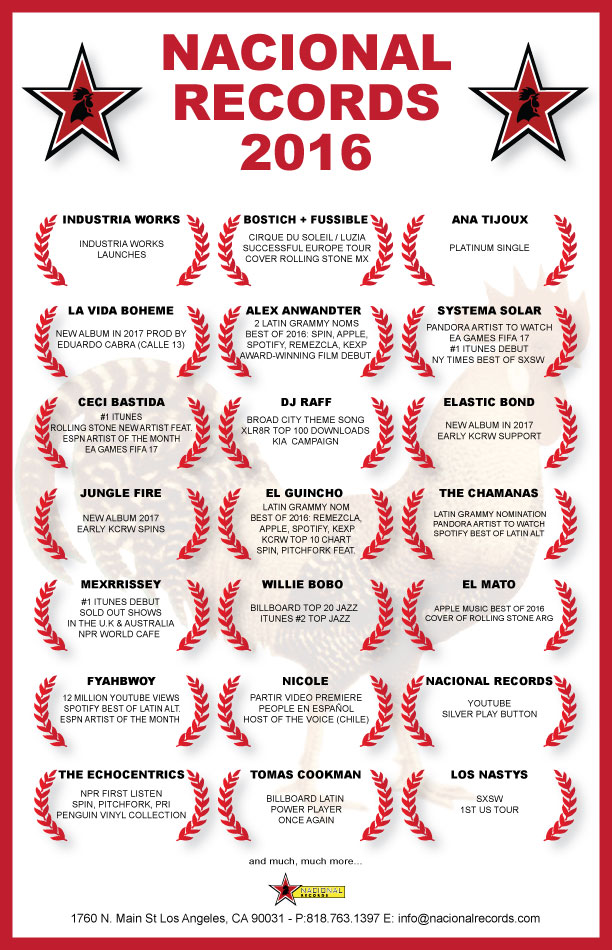 Rumbera is the first single for Systema Solar's new album "Rumbo A Tierra" out January 13th, 2017

• Pre-order "Rumbo a Tierra" on iTunes